Save
Sports and Leisure Center in Saint-Cloud / KOZ Architectes 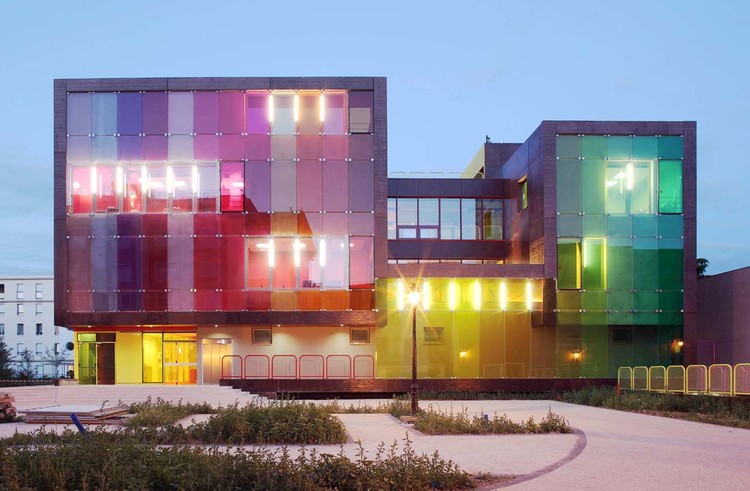 Text description provided by the architects. Non Conformist and Bold

This building is not lacking in self-confdence. As proof, you only have to take the second left along the Avenue de Longchamps from the Les Côteaux tramway Station in Saint-Cloud. No sooner have you left behind a quiet row of smart private houses in the traditional millstone grit Parisian style with front steps and plane trees than you come face to face with an odd-looking building, imposing but also childishly simple, more cubist than cube-shaped, decidedly “fashy”, evoking happy memories of a child’s toy.

An appealing, totemic building that you sense is designed for festive celebrations and young people, and that you might expect to fnd in Rotterdam rather than the uber bourgeaois St Cloud neighbourhoods. Even if it is only 300 meters away from OMA’s Villa Dalll’Ava.

With its cheerfulness and nonconformism, the building contrasts strongly with the urban development zone in which it’s located, behind a new block of private apartments and next to neo-Haussmannian offces and a day-nursery in a similar style. It is with the facing 1930s infant school that it empathises, extending the metaphor of the balcony courtyard, the passageways, the brick colour and the forecourt. As for the 1970s infant school next door, it maintains an obvious affnity with it in terms of shapes, only to dynamite the whole lot.

All in all it’s an odd little castle and cubist mountain, that owes its existence to the boldness of the Saint-Cloud Town Council, which has thereby acquired facilities that have revitalised its image and opened it to the most contemporary and positive architectural thinking.

Superimposed but not Separated

- Extrude the available area to the maximum height and hollow it out as with canyons that bring a clear and massive outdoor light deep inside the block.

- Superimpose the two programs without isolating them, by creating visual links between activities and applying the same principles on all facades and in all spaces.

The spaces are superimposed without being separated. They communicate via visual glimpses: you see each other on all sides, you ‘feel’ each other, you can easily fnd your bearings in a building with a spatially fuid but unfamiliar layout. Nevertheless, the functional and administrative autonomy of the two activities (separate entrances and different operational timetables) is respected.

The building uses colour very openly and assertively, with a wide palette ranging from red to green, by way of yellow, pink and orange. These colours cover the façade in wide stripes. Inside, the same colours are systematically repeated, like stepping in an oversized graffti.

A colour coding that helps you locate from the outside the areas created on the inside. A means of spatial orientation for young children. An echo to street culture codes for those who crawl on what is dubbed the coolest indoor climbing wall in France,or practice on the pop fencing rows below!

Spaces to be Filled

Over and above the pure functionality of the activities identified in the project, the architects placed great hope on the imagination and inventiveness of the occupants. That’s why all corridors, access ramps and passageways, are wide and spacious, up to 3 times the regulation size. The ramp leading to the outdoor games and training area has been designed along the same lines. Due to its exceptional width, it provides an “additional” space and safely contributes to the strong physical and visual continuity between the Leisure Centre’s internal and external areas. Indeed, it was designed with the aim of making it useable for activities ranging from just running up and down to becoming a small sized outdoor theatre . With no steps and surrounded by a 1.80m railing, it is a secure and private area where children can go alone in complete safety.

The building is a vertical pilling of activity spaces (gymnasium, climbing walls, leisure centre, outdoor area) wrapped in a ribbon of concrete providing unity to the whole . Concrete was the natural choice as it highlights the building’s sculptural appearance while satisfying the requirements of:

- Acoustic insulation between the two components of the project.

The project is broadly made up of prefabricated concrete load-bearing panels.The moulded and tinted reinforced concrete contrasts with the coloured surfaces of the laminated panels.

The main facade is made of tinted glass with a colour gradient from red to green. The other 3 facades are more homogeneous, albeit coloured too.

KOZ is part of the “environmentally aware” generation. The openings in the roofs and the glass facades bring maximum natural lighting everywhere to limit electrical consumption.

Concrete was chosen for the reasons mentioned above but the preference was for prefabricated concrete, generating less waste and spill.

The tinted glass facades provide good protection against setting sun and long-lasting colour. And of course all hot water is solar heated. 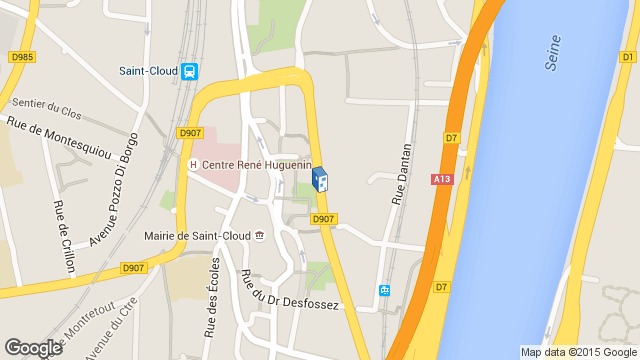 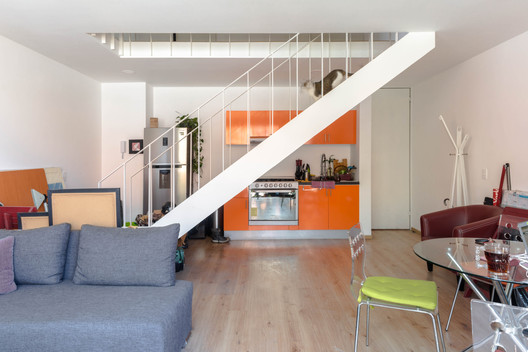