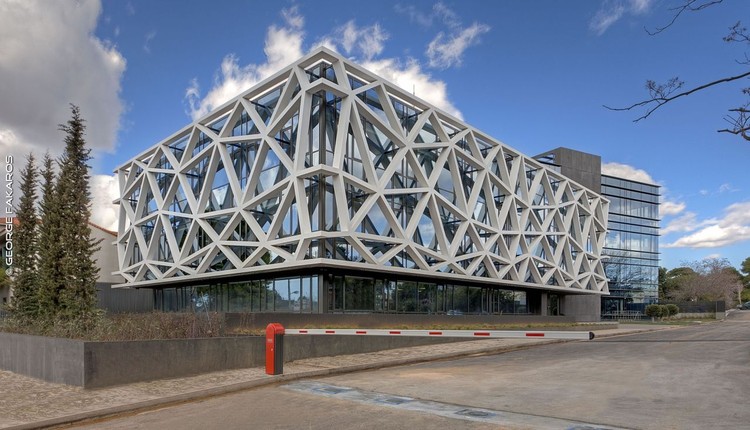 Text description provided by the architects. The new office complex of the Group was placed along the north - south axis of the building plot. It consists of two separate volumes connecting with each other along the axis of East – West, with the East volume to be in retreat. Due to the slope of the plot, an artificial ground level at -0.10 compared to zero has been created, while the level of the ground plate is in ± 0.00 with respect to this level. The entrance to the two volumes of the building is through a central entrance at their junction.

At the exterior, faithful to the basic design strategy, we created a bold look using white elements that surround the building while ensuring the protection of users from the sun.

The internal arrangement was based on number eight (this is where the complex was named after), so that intersecting axes and circular movements to be created following the drift, opening and closing while moving both inside and outside and giving a view of the entire building both towards the inside and the outside. Moreover, a central atrium is created around which the offices are spread, while on the third floor a passable planted loft is created contributing in the best way to the energy shielding of the building.

At the ground floor of each volume there is the central staircase, two central elevators, the main office areas along with supportive spaces for the proper operation such as computer rooms and storage areas as well as spaces of common use (staff restrooms and kitchenette). At each level of the building there are two perceptible main workplaces that are separated from the main entrance, the lobby and the central atrium of offices, allowing the independent operation of each space while marking distinct administrative and operational functions within the Group. Each one of these two areas includes separate supportive spaces. The third floor is a single operational area with a staircase and access to the passable loft. The operational areas of each level are fully autonomous both ergonomically and operationally so that they can function independently.

The basement of the building expands beyond the sides of the overhead structures covering the entire area of the plot. In this section there are the utility rooms, engine rooms, fire-engine rooms, private substation space, E/M backup systems spaces, a central server room as well as all required parking spaces for the proper functioning of the building. The overall free construction style of the building plot has significantly contributed to the fashioning of facets and the highlighting of the building, while helping to the creation of an interesting landscape. The garden area around the building is covered with grass or low bushes while there is also a small open area in the western junction of the two volumes covered with deck. Of particular interest is the planted loft at the roof of the second floor which is both a garden and the surrounding area of the third floor offices. The planting there is also a lawn, irregular geometric planting strips and granite in linear devices around the curtain wall. The spaces around the building are covered with cement blocks. 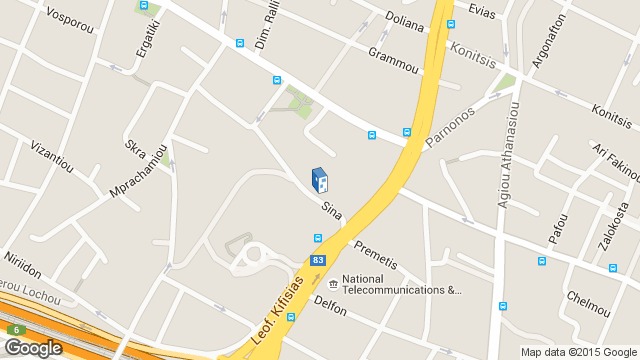 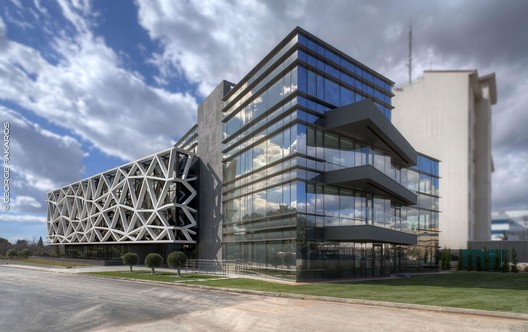