Save
PARKROYAL on Pickering / WOHA 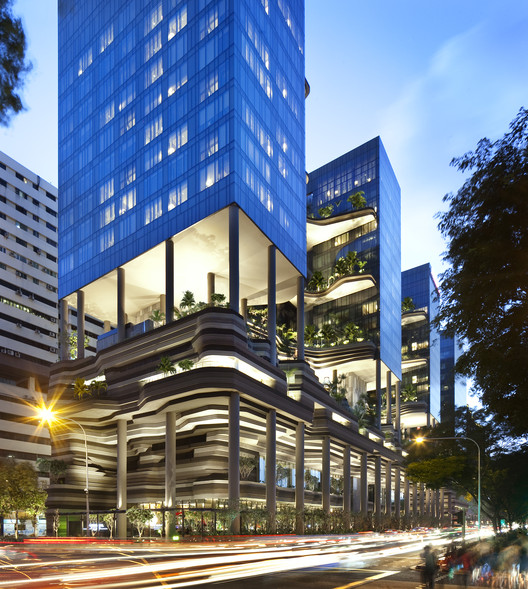 Text description provided by the architects. Singapore-based WOHA Architects have long been advocates of the ultimate ‘green city’ – one that would be comprised of more vegetation than if it were left as wilderness – and the PARKROYAL on Pickering was designed as a hotel-as-garden that actually doubled the green-growing potential of its site.

Massive curvaceous sky-gardens, draped with tropical plants and supporting swathes of frangipani and palm trees, are cantilevered at every fourth level between the blocks of guest rooms. Greenery flourishes throughout the entire complex, and the trees and gardens of the hotel appears to merge with those of the adjoining park as one continuous sweep of urban parkland.

Most of Singapore’s recent architecture – especially in and around the city centre – is nothing more than generic and can be seen anywhere in the world, regardless of climate and culture. An equilibrium point of architectural anonymity has been derived from a number of factors – corporate and bureaucratic risk-avoidance, a desire to promote a global (homogenous) image rather than local, and the ubiquity of semi-famous international architects – but a uniquely progressive tropical city has been sold short.

WOHA paid no attention to the placeless blandness of the modern Singapore skyline, and finally the city has a uniquely expressive urban landmark that reinterprets and reinvigorates its location. The PARKROYAL on Pickering was a purely commercial development, with well-defined budgetary and programmatic constraints. But as with many of WOHA’s projects built throughout Asia over the last decade, the hotel performs unambiguously as a public building.

WOHA are reconciling the excessive (and almost exclusively privately funded) construction of 21st century Asian cities with the remediation of the built environment. And WOHA are proposing that commercial architecture must respond to the city as its civic duty… as public architecture.

The PARKROYAL on Pickering occupies a long and narrow site on the western edge of the central business district, between Hong Lim Park and the HDB apartment blocks of Chinatown, and overlooks the historic shophouse district between the park and the Singapore River. The development could thus respond to many separate and disparate environments, it could provide public connections between those zones, and as the building would be extremely visible – from and across the parkland to the north ­– the architects could make a grand (and green) urban gesture.

Perched above the open-to-all-the-elements pool deck of a five-storey podium, a twelve-storey tower forms an E plan, so that all guest rooms look north to the park and/or into the sky gardens, whilst the services and the external connecting corridors were placed on the southern elevation. As the hotel is ‘self-shaded’ – by the projecting sky gardens and the adjacency of the three room-blocks – and shielded from early morning and afternoon sun by adjoining buildings, the rooms could be fully glazed (by low-emissivity glass) without external screening devices.

The podium is a remarkable piece of architectural theatre: it presents a monumental embellishment to the Singapore streetscape, and has thus immediately achieved something that no other recent building has even attempted. Referred to by WOHA as ‘topographical architecture’, the stratified undulating layers of pre-cast concrete wrap around, through and above the car park and the public areas of the hotel, as contour lines weaving through a modular grid of cylindrical columns. Cascades flow down from swimming pools and garden terraces on the podium roof, over the ‘eroded rock-forms’ of the striated mass and into crevices and ledges from which trees and vines can thrive.

The geological metaphor – green architecture at its most elemental – is one that WOHA have used in many, if not all of their large-scale public buildings, but here the geometry and the allusions are more nuanced and more complex. The snaking bands of fluted concrete weave through the length and breadth of the podium without interruption, and without acknowledgment of the boundaries between exterior and interior.

The architecture is fundamentally organic, but the fluid geometry has a loftier sense of purpose. The ascending vistas, the scenes above the external and internal spaces of the ground floor (and the fifth floor public area), whilst not spiritually preordained – the geometry is topographic, not cosmic – draw unambiguously from the heavenly gaze to be had within a mosque, a temple, or a church. It might be observed that the business hotel plays a similar role in contemporary culture to that of the cathedral in 17th century Europe, so it may not be impudent to describe WOHA’s exuberant tableaux as Baroque: just a touch of Borromini for the 21st century.

The elaborately composed timber mouldings above the reception area reveal WOHA’s fondness for utilising crafted ornament as interior design, thus incorporating the traditions of vernacular Asia within the modern city. However, the decorative forms of the PARKROYAL on Pickering tangibly pay homage to the lingering legacy of the mosques of the Moors and the Persians, to the exotic patterning of Isfahan and the Alhambra.

The great volume of the porte-cochere appears to be inordinately over-scaled in terms of its perceived functions – a drop-off zone for hotel guests and an entry to the car park – but it has a grander purpose, a larger agenda. The space serves as a link, as an axis, between two distinctive and discrete areas of the city: Chinatown and the apartment blocks to the south, and Hong Lim Park and the commercial district to the north. A visual connection has been established by the monumental void, as it effectively constitutes a ceremonial gateway between the precincts.

WOHA’s desire to restore a feeling of community to Asian cities is crucial to their architecture, and reciprocity is intrinsic to their vision of the city at large and to their projects in particular. The PARKROYAL on Pickering is a very public and very Singaporean hotel. The scale of the architecture responds to the intricacies of the city: the height of the ubiquitous tree canopies, the size and orientation of the adjoining tower blocks, and the proportions of the historic streetscapes.

WOHA calibrated the massing and the details so that the entire development retains a human scale at all times, in stark contrast to all-pervading abstraction of the city’s office buildings. The podium mirrors the density and height of the shophouses across Hong Lim Park, the raintrees of the park frame the podium and screen the blocks of guest rooms above, and the mass of the building is horizontally segmented by the great open verandah on the fifth floor and by the projecting shelves of the sky gardens above.

The over-riding concept was that of a building-as-garden for an idealised green city. As WOHA say… “We wanted to recreate an urban street scale, so that people walking and driving could pick up interesting details. And we wanted to work with the building’s mass and appearance, so we could avoid the usual city scale of building-as-silhouette, and so we could implement a garden-themed aesthetic.” 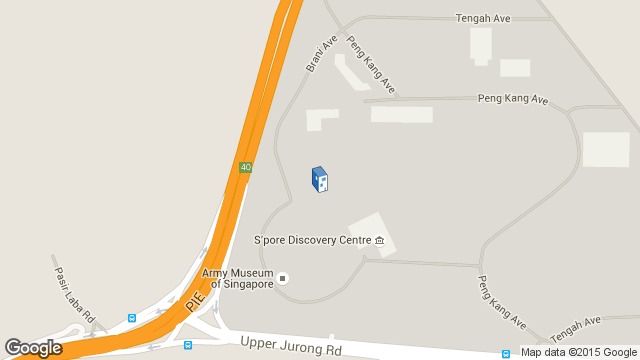 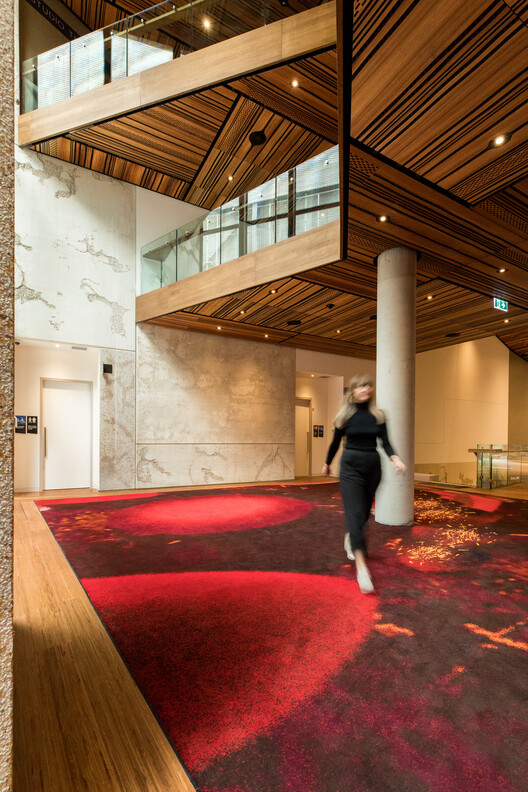