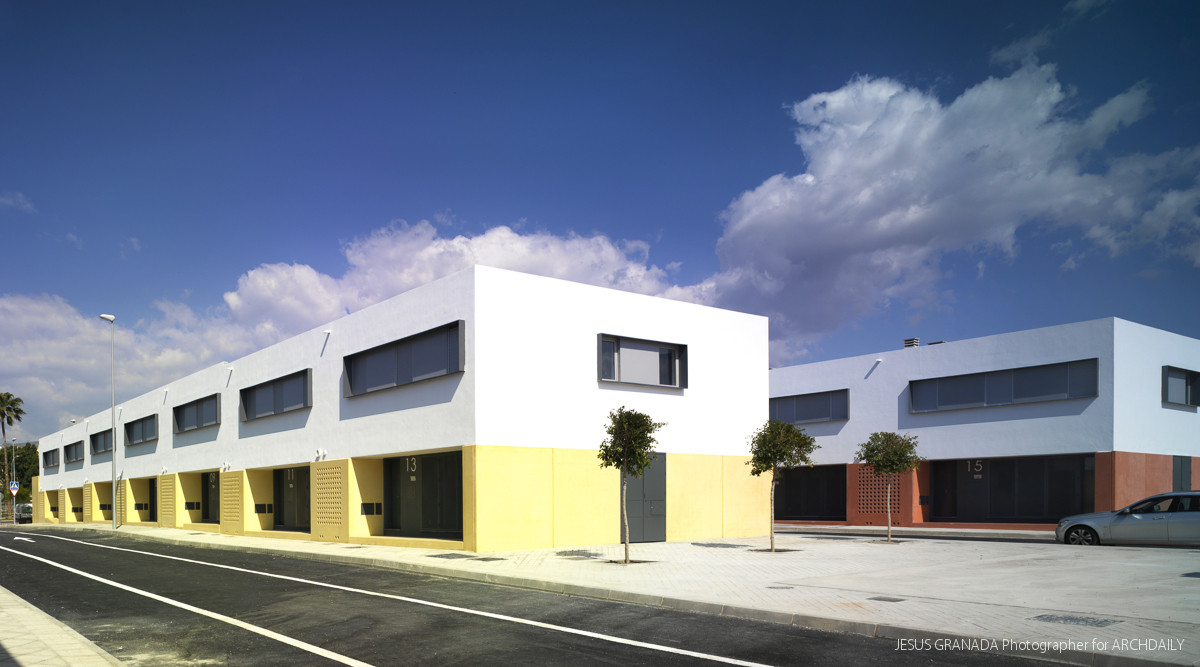 Text description provided by the architects. The proposal is encompassed within the Puche Remodeling Plan, which was developed by the Public Land Company of Andalusia, which provides for the demolition of Puche Center and a profound redistribution of the neighborhood. Our proposal involved the construction of 64 homes in two adjacent fields, which are part of a first phase devoted to housing the inhabitants of the houses which are scheduled to be demolished first.

The proposal was developed following specifications set by the Public Land Company of Andalusia, inherent in this type of public housing project:  Economics, optimization of the floor area, constructive and formal simplicity, durability and ease of maintenance and other location-specific conditions such as the absence of courts and extended structural features in order to prevent further uncontrolled growth.

The dwellings are arranged in linear blocks of 3 bedroom housing units with maximum usable area of ​​70 m2, with two 4 bedroom units at the west end of each housing block.  On the east end, medians are placed (where housing is planned in a later phase) and in front there is a pedestrian street that runs through all the plots from north to south.

Each block is designed as a compact volume, adjusted to the unevenness of the existing road with a strong base made of precast, dyed concrete. Large U-shaped pieces, with holes in the front and another element which encompasses the entrance steps and the floor of a small entrance porch mark the entrance to each of the homes. This forms a large glass window that allows the addition of the exterior porch space to be incorporated with the interior because its perforated galvanized steel folding lattice-bars can be opened.

On the first floor, the bedroom windows are framed by a galvanized steel box, which prevents the entry of direct sunlight in summer, but allows the entry of sunlight in winter. On the ground floor entrance, the porch has the same function, in addition to having the folding grid-lattice. 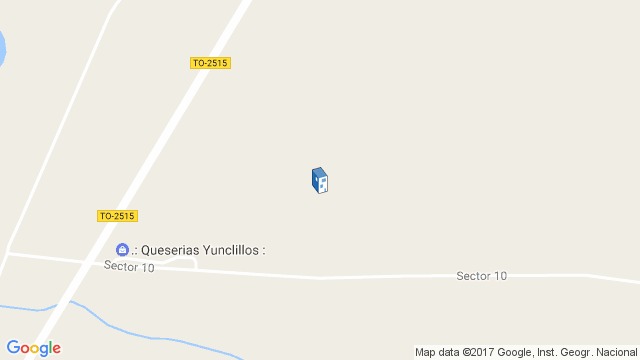 Location to be used only as a reference. It could indicate city/country but not exact address.
Share
Or
Copy
About this office
Juan Alberto Morillas Martín
Office
•••
Francisco Salvador Granados
Office
•••
José María García Ramírez
Office
•••