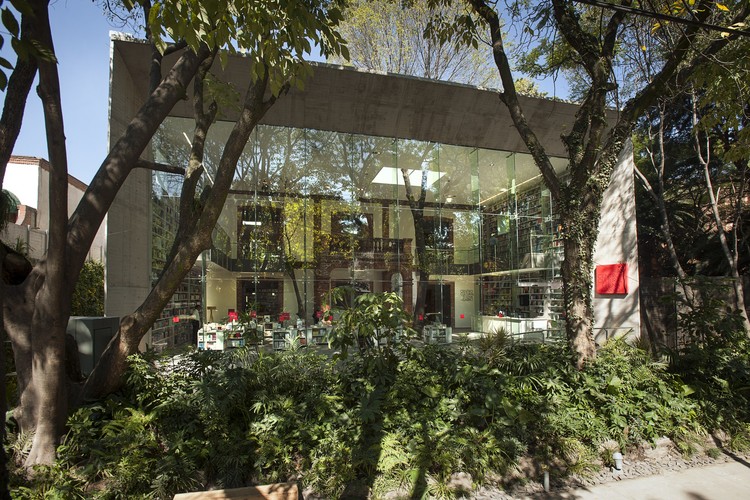 Text description provided by the architects. The project, located in Coyoacán, is an adaptation of an existing house, a listed building from early-20th century- which was transformed into a cultural center on Fernández Leal street. The need to preserve the existing property led to the decision that the project would highlight the new uses and, at the same time, respect the original shell. Thus, the project consists of several elements that define the intervention: a first part which marks the entrance, a kind of frame, linking the building with the street and highlighting the existing house; secondly, a series of gardens and courtyards surrounding the project and inserted inside; and, finally, a rectangular volume at the back of the site, developed on three levels, consisting of a multi-purpose room, storerooms, and parking lots on ground floor. These pieces mark the different paths and manage to bind all the parts of the project.

The first element, which extends from the street by means of the pavement, frames the existing house, highlighting the central access porch and leading into the library, composed of double heights and perforations for natural light to enter. The old house becomes the central space, dedicated to the library, which is visible from the street, as a large and public space. By means of a ladder which resembles the original one, the visitor is taken to the top floor of the library. All three volumes are connected together on the first level through the library, with a ladder to the bottom of the rear volume that connects the different levels and also gives access from the parking lot. This staircase also leads to a terrace on the roof plant.

By means of the aisle inside the library, the project is connected to the new volume to the back of the property. The connection of the two bodies is built around a sequence of full and empty, with a courtyard and an elevator handled as transparent box, as the centerpiece of the joint. This small courtyard, a small cafeteria, evidences the "bridge" connecting the two volumes. The entire project is seen as a separate part of the existing house and can allow at all times a reversible intervention if necessary. Using materials such as volcanic stone on the exteriors, as well as tzalam wood and gray granite on the indoors, the whole complex is integrated.

The high spaces of the original house are used for generating intermediate heights in the new rear block services. The roof of the new building is treated as a green roof, continuing the idea of interconnected spaces. Furthermore, the gardens become more relevant for being integrated into the access plaza and along the length of the volume of existing property, even tucking around the side where the old and new are mixed. The gardens were designed Tonatiuh by Hugo Sanchez and Martinez's office Entorno, by properly integrating vegetation into the project. The new building envisages the existing trees as a key feature, which acquire an important hierarchy and are complemented by a number of bodies of water on the outside and two large green walls (one on the wall for access to the neighbor and one in the patio which articulates the existing house with the back volume). 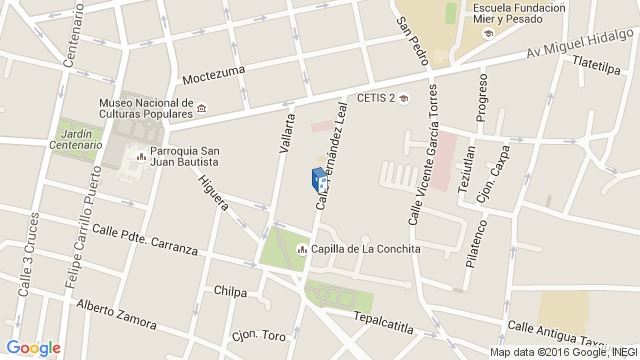 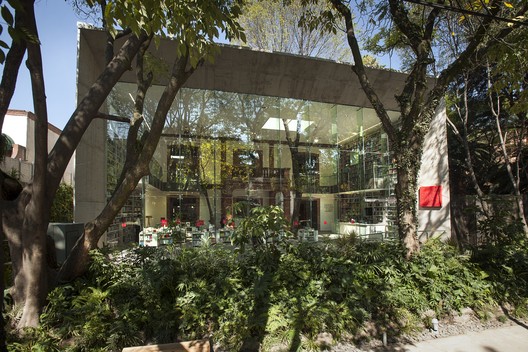