Save
OMA to Masterplan Southern Neighborhood of Bordeaux
Share
Or
Copy

In order to accommodate the expansion of the local tram system, La Fabrique Métropolitaine de la Communauté Urbaine de Bordeaux has commissioned OMA to design a new major urban development in the southern district of Bordeaux, France. Over the next five years, the masterplan will regenerate the neighborhoods of Bègles and Villenave d'Ornon by forging new connections to Bordeaux's central station and unlocking the potential for both city development and public space.

This project is part of the new identity for the "Porte Sud de Bordeaux" (Bordeaux south gate) and continues OMA's intensive recent engagement in Bordeaux, as the office has been working since 2010 on the masterplan for 50,000 new housing units in the city.

More on OMA’s Bordeaux masterplan after the break...

Spearheading the masterplan is OMA associate Clement Blanchet, who commented: “We took the tramway extension as an opportunity to rebuild this part of the city, generating a new linear condition which allows the possibility to define a fast / slow cityscape. By shifting the tram line from its previously planned location, we create potential for new types of housing and commercial development.”

The masterplan accommodates two contrasting conditions: one fast, the current Route de Toulouse; and one slow, dedicated to pedestrian traffic of the new neighborhood's inhabitants, which will emerge around the tramline. OMA will work on the public space along the tramline in collaboration with landscape architect Coloco, sustainability adviser EGIS CONCEPT, engineering office EGIS, and real estate adviser CBRE.

OMA, with Clement Blanchet, has recently won three major competitions in France: the Bibliothèque Multimédia à Vocation Régionale (BMVR) in Caen, to go under construction this summer; the Parc des Expositions in Toulouse; and Ecole Centrale at Saclay, outside Paris. 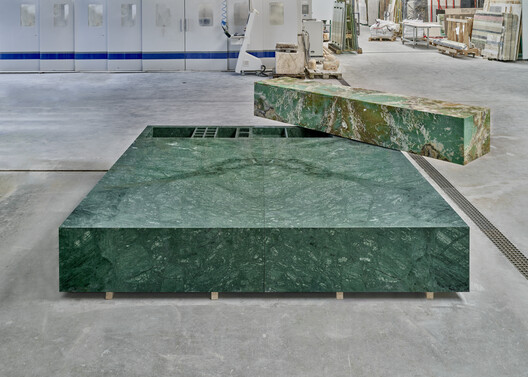