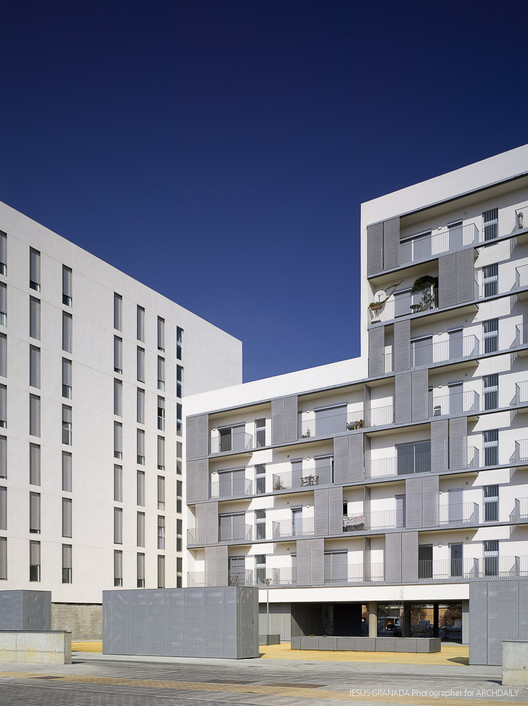 Text description provided by the architects. One of the homogeneous areas that characterizes the Eastern District of Seville is made up by the Airport Industrial Park, featured by a scarce neighborhood awareness and especially by the infinite repetition of a morphological structure of single-family and multifamily residential types, with or without commercial areas and disproportionate roads.

The proposal presents an alternative to the occupation suggested in the municipal masterplan. We propose to dispense with the central block which comprises a series of three high-rise buildings, concentrating the entire floor area at the edges, thereby qualifying the free, inner space. The minimum and maximum heights allowed in each area are used to generate a profile that distinguishes the entire proposal.

For the housing layout, we pursued both the search of a better orientation for the day areas, as well as the alternation of types of openings on the interior or exterior facades, to soften the impact of their layout on the project as a whole. 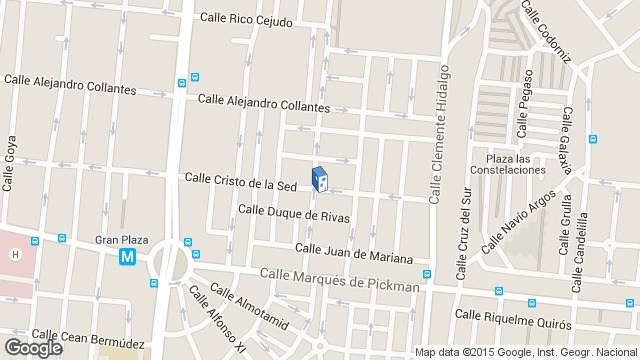 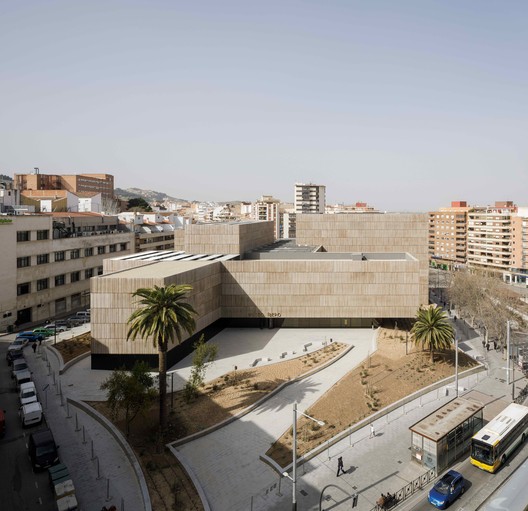