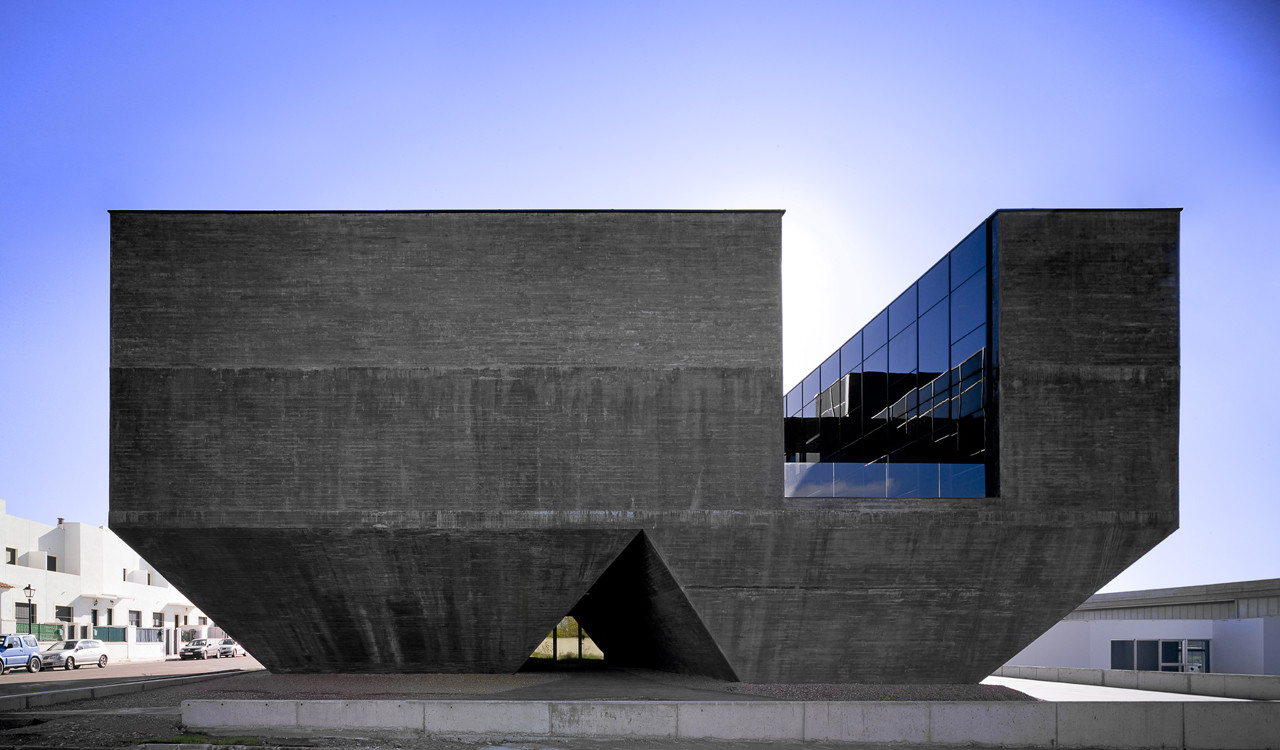 Text description provided by the architects. The Alor mountains, on the southwest of the Iberian peninsula, are a volcanic formation of dark stone, slate schist, granitic batholiths, and the local, hard metamorphic rock known as “burnt marble”.

Among the unstable moraine slopes and the plains of the Guadiana River nearby is Olivenza, a city locked in the belt of its Vauban wall, exceeded only recently with horizontal, anarchic, modern growth. The project is located among watchtowers, the Alor mountains, the San Jorge and San Benito de la Contienda towers, and the Cubo del Castillo de Olivenza tower. In the development process of the project, the minimal plot is gradually surrounded by an ever-increasing magma of low-density dwellings…

Action-reaction. We opted for concentration. The ITC (Integral Territorial Center), is based on profound, anachronistic references: that dark rock of the mountain, the volumes of the towers, the stones in a plowed field, the cool hall of the Extremadura house.

Like a boat stranded at sea, asymmetric precast concrete tiles and grilles mechanized on either side, given the extreme boundary condition of the site, the far horizons marked by the agricultural simplification of vegetation, the building emerges as a local and urban reference. Like an Atlantean who steps forward vigorously, the Olivenza ITC is established as a local community center, offering the ground floor, parking, gardens, classrooms, meeting rooms, as essentially public space for the neighborhood.

A project that aims to promote new technologies in the area, improving the natural environment, economic and business promotion, environmental, ecological, and equality awareness, all radically modern pretensions, should propose a distinct character of commitment and sincerity arising from the building itself. We touch the ground almost on tiptoe, minimizing foundation in unfavorable terrain. In response to the immediate environment, we propose an opaque envelope, a building like a rock that pierces and opens to the outside in a controlled and useful manner, though not without some self-absorption that denotes concentration and work. By contrast, the ground floor is friendly, permeable, inviting the user to enter the building, to walk around it, to touch it. Even the required setback of the lot is landscaped, raising a green curtain as a gift to the otherwise neglected neighborhood. The architecture is thus transformed into a container of sensations where the principle by which the interior space must transcend towards the exterior has been replaced by the principle of indifference: interior and exterior are the same thing. Hence, the architecture approaches society through sensations, rather than through Euclidean geometry… But, aren’t the new sensations the application of a new geometry? Sensory geometry, an endo-architecture.

The new ITC will present the value of innovation, of new uses and renewed forms of management and consensus leading to the sustainability of resources in the region, in a building made of pleasant and purposeful sensations. It is not a monument or an institutional building. There are no stairways or grand lobbies. There is space and matter. Light. There is energy control and plenty of insulation. There is thermal inertia. There are bioclimatic facilities, making the building nearly self-sufficient. Trombe walls, underfloor heating and cooling, continuous ventilation, ecological roof gardens, cisterns…

A piece of vital and vibrant atmosphere committed to the place and the environment. A building of critical mass that will demonstrate to the visitor and the user, at first glance, the close relationship between man and his activities with nature and the environment. The space is never neutral, but in the proposed project, simplicity, removing the excess, keeping the bare bones, is strategy, not form. The corporeal and tactile conditions of the proposal recover original situations that were undoubtedly present in the works of those who first faced construction: a cover, a shadow, a road, a watchtower, a place in nature…, a commitment to the void that is radically contemporary, and at the same time, subtly anachronistic: Evtuchenko’s verse resonates in the background, which unlike Rimbaud’s call to be always absolutely modern, recommended to remain somewhat anachronistic to be recognized by all generations, past and future… like Latour, ‘we were never modern’. 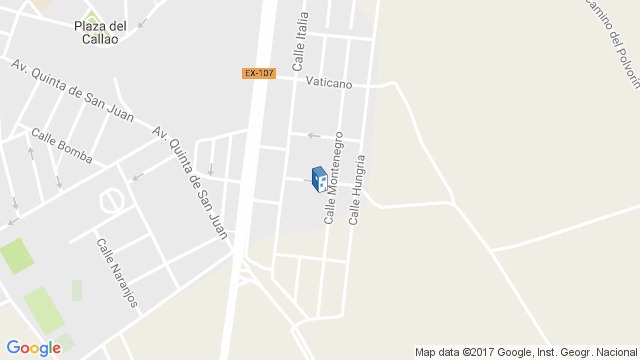