Save
New group of council flats in Vitoria-Gasteiz / ACXT Arquitectos 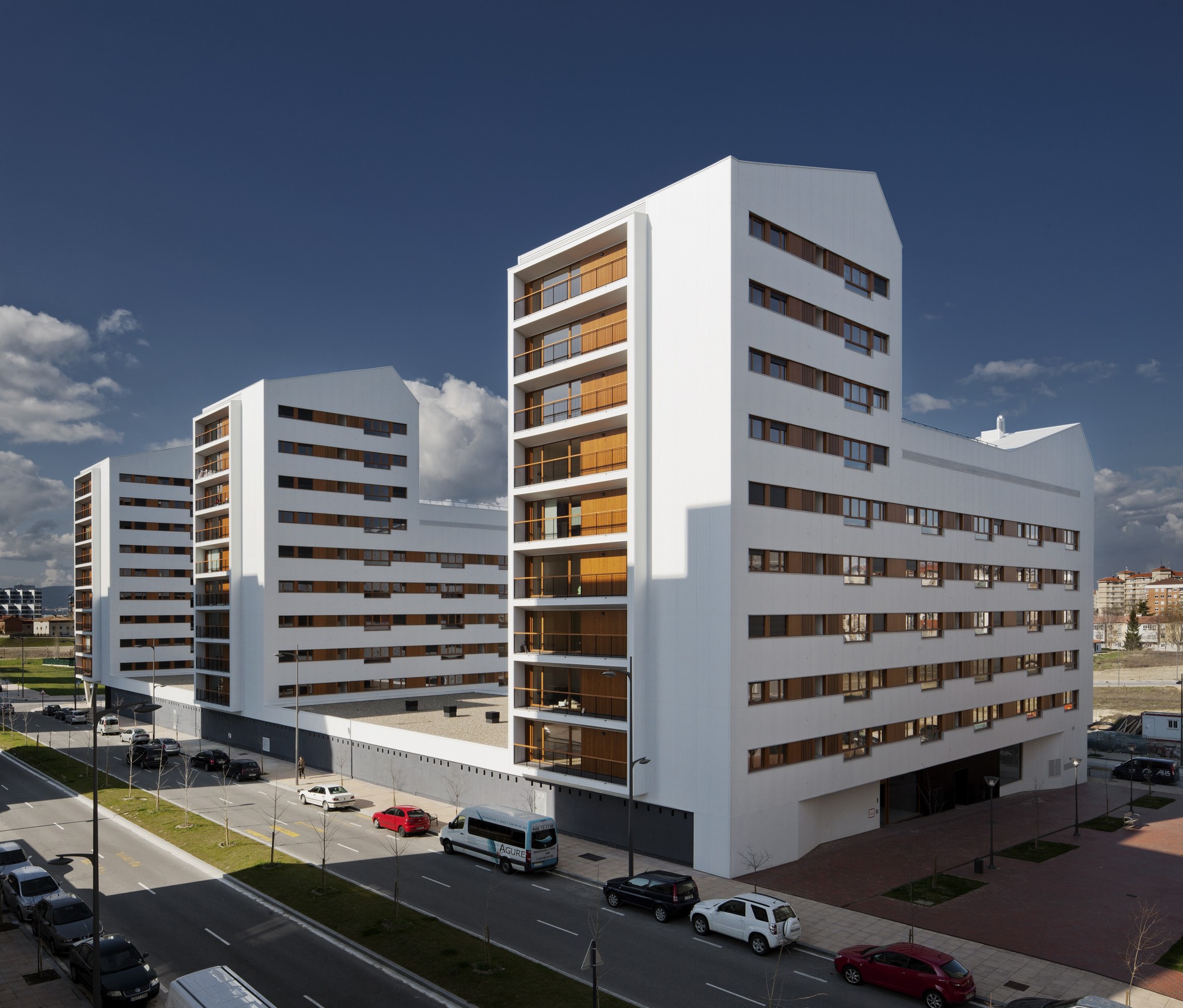 Text description provided by the architects. Ensanche 21 – Zabalgunea, a municipal town planning company of the Vitoria-Gasteiz Council, has commissioned, after winning the open tender, the construction of 104 council flats in Sector 1 Borinbizkarra of Zabalgana to the real estate developer ARALAN, their architectonic proposal being from ACXT-IDOM Group. The criteria used in the tender were the urban, architectonic, functional and aesthetic values of the proposal.

Located in a rectangular plot, the morphology of the building is determined by the Community Development Plan which defines three longitudinal volumes from North to South, 9 stories high where they meet the road and 6 stories high in the remaining two thirds of its development. The blocks are linked by an element on the ground floor, from East to West where it meets the road.

All houses are intended to have around 90 m2 of carpet area and three bedrooms. The standard block of flats has three staircase and lift couplings that grant access to two flats per landing, thus allowing all flats to have a double orientation.

The house tries to make the most of the double North-South orientation through the open-plan kitchen, which makes up a single longitudinal room, from one end to the other, around which all other rooms are located. This space is enclosed by two great openings on each end, topped off by a balcony in the living-room area. There is hardly any circulation area, making the most of the area that regulations allow for public areas.

This is the fourth council housing project developed by ACXT-IDOM Group in Vitoria-Gasteiz, counting a total of 497 homes, after the two which are already built and a planned third one for VISESA.