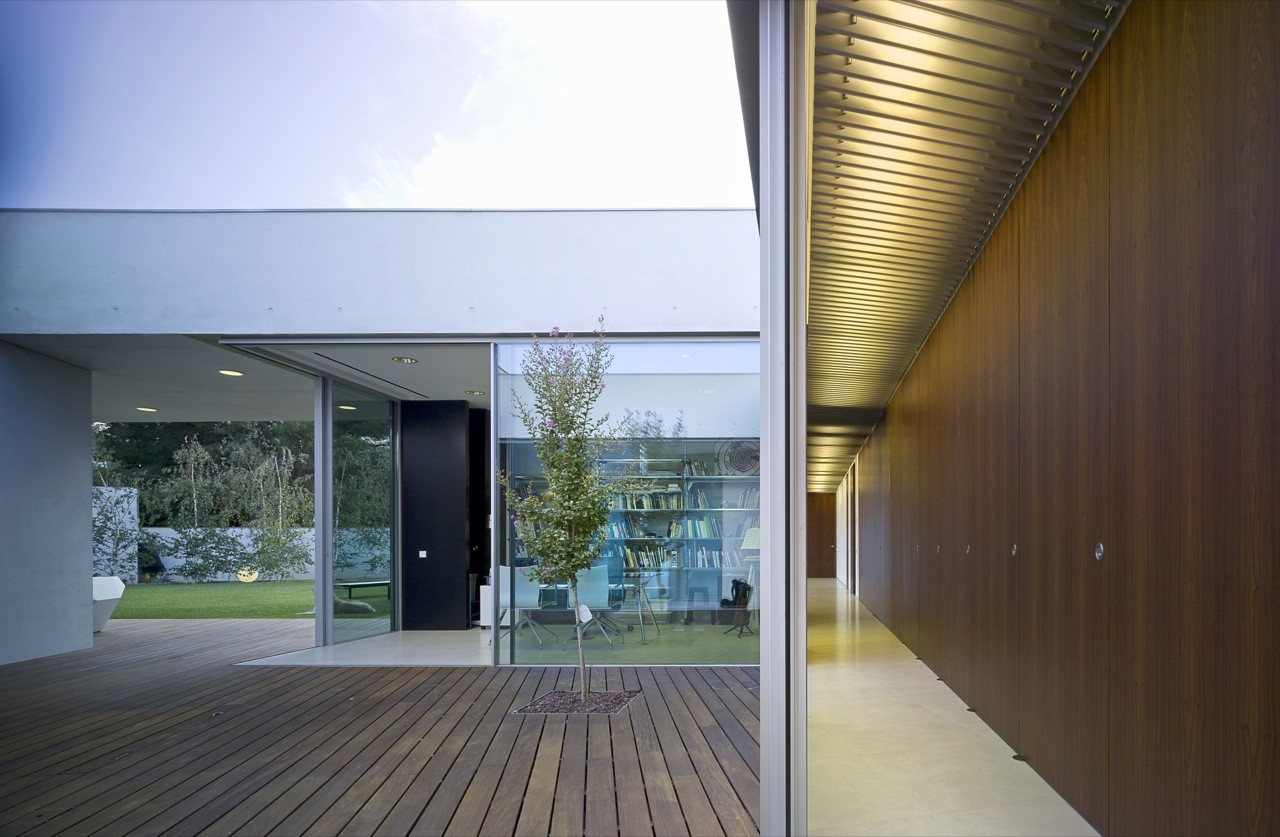 The family. – A couple and a seven year old boy plus a dog. Old but with a great retirement. They christened the house “El Caserón”. They lived renting and they decided to pawn their savings in buying a lot that included an insultingly tasteless house, in my opinion. I decided not to demolish the house, with the family’s permission. We tried to avoid mediocrity looking for the best in the worst.

How did they want their house?

We imagined its layout in a single floor.

The transition between the interior and the exterior should be smooth, absent of material limits.

We were attracted to enhance interpersonal relationships through contact and visual control from anywhere in the house.

The project.- It is the remodeling and expansion of an existing single-family house, located in a lot of 1000 square meters, in a residential district of isolated, single-family homes.

The existing building was comprised of two parts. On one hand, a main body in the front area of the lot, 10x12 meters, with load bearing walls and Arabic tile roof (preserved), and on the other hand, a small attached volume, 3x6 meters, with a flat room (demolished).

The pre-existing volume was restored, connected to a new horizontal structure that would complete the program. The interior clearances were varied between rooms to obtain new visuals and an intense interior/exterior connection.

Layout / circulation.- The preserved, main volume contains the daytime area: sink, living room, dining room, kitchen, guest bedroom, bathroom, game room and laundry; the new structure contains the access hall, garage, gym, covered pool, children’s bedroom and a small apartment for the couple. The circulation is L-shaped along the interior perimeter, but in the main volume, it is transformed into a multi-directional, flexible space that takes advantage of the mobility of the wood partition walls. The sliding exterior woodwork, large and embedded into the walls, cover the entire facade allowing a visual and formal connection between the dwelling and the courtyards and other landscaped spaces, eliminating the materiality from the interior-exterior transition.

Formal / spatial / figurative quality.- It was a surprise to discover a revealing concept: “the figurative quality” that depended on the technological condition with which the shape was constructed, and it was, at the same time, a generator of form in the terrain at the subsequent scale.

In the same way that form and space were not cause and effect, but reciprocal consequences, the architectonic figuration preceded the expression of the form and was simultaneously generated with its modeling, and even in the spatial program.

Geometry.- The resulting building does not correspond with a recognizable geometry, but instead adapts to the available space in the lot, following criteria of subtraction of matter instead of addition.

Material / color.- The preserved volumes are clad in white lime mortar with trowel, and the new concrete buildings are white. In the coatings that complete the woodwork planes, coping and guttering, untreated marine aluminum was used. The white color reinforces the reciprocal space/form result.

Energy system.- Energy efficiency mechanisms have been added, such as the use of geothermal energy to power the air conditioning in winter and summer, associated with the floor heating system.