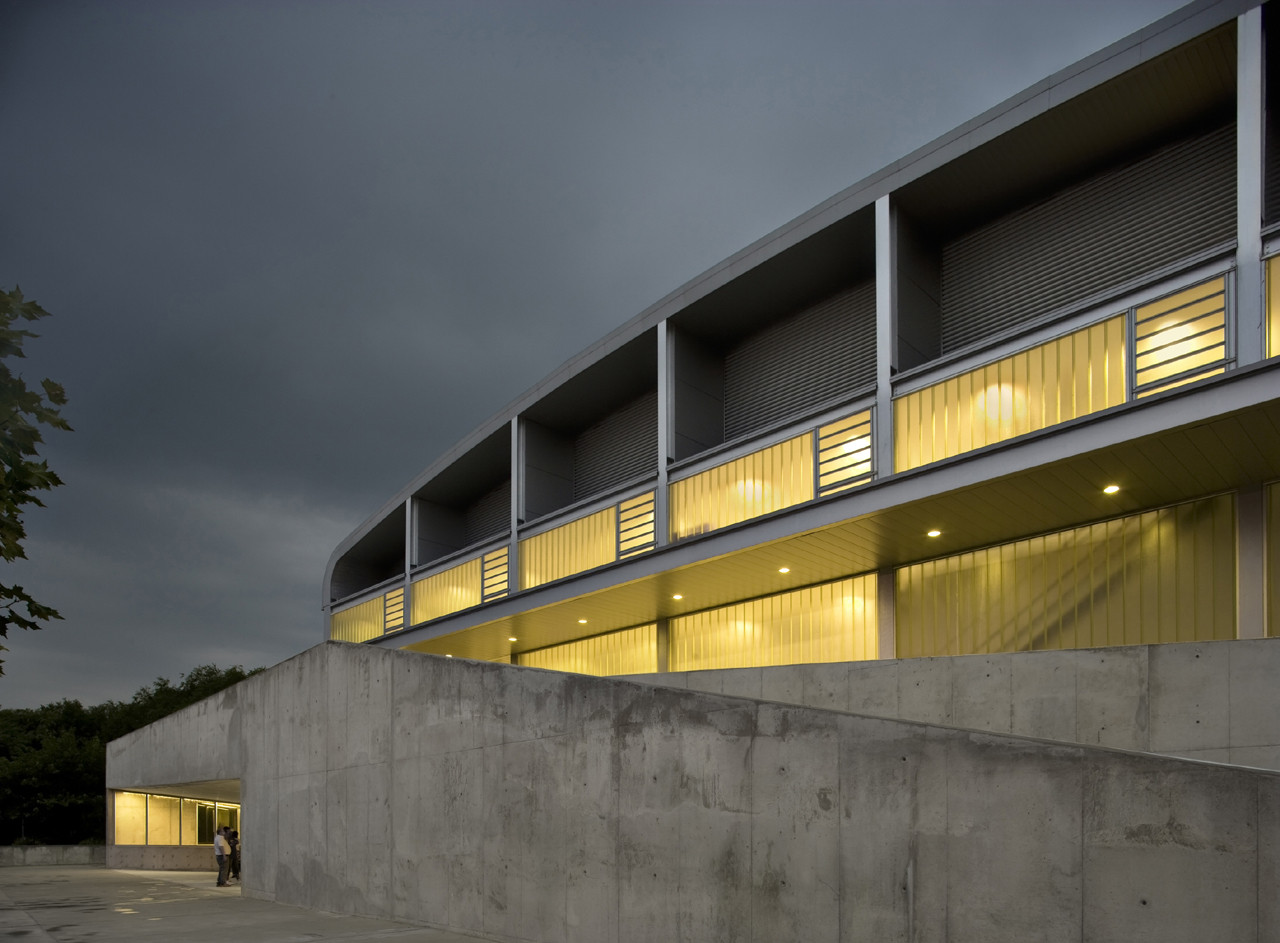 Text description provided by the architects. The core of the project is the space that houses the multi-purpose court, around which are grouped the spaces and services necessary both for its maintenance and for the users and athletes. The versatility of the center has determined the position of the room, given the role in can play in both sports competitions, as in other uses, in which the track could be partially occupied by the public, providing a stage annexed to the track and the subsequent rooms.

The center is organized into two main independent levels. The lower level contains the track, which has, from the south, the main access for users, athletes and organization. Four strips of varying width around the track house access, meeting rooms, storage, locker rooms, multipurpose rooms, medical kit, referee and coach locker rooms, and facilities.

On the upper level is the public access, from the upper hall occupying the southern facade. Surrounding the recessed stands are the toilets, press and administration rooms, and cafeteria. Internal connections between the two main levels, given the clear differentiation between their uses, is provided exclusively with a sectioned staircase connecting the two halls, and a restricted use staircase connecting the office areas. Maintenance and lighting walkways are provided at higher levels.

The roof is designed to unify the building, which projects to the exterior the volume of the great interior space, shaped as a lay vault, with a continuous, centered arch section, covered with metallic panels. On this smooth curved surface emerge four staggered rows of conic skylights, oriented to the north, clad in steel sheet.

The relationship between the roof and the sequence of skylights provides the center with one of its hallmarks, giving it a changing face, from the most distant views. Under the roof volume, the building shows an envelope constructed from smooth glass panes, patterned by the metallic supporting structure.

The longitudinal facades, to the east and west, consist of two horizontal stripes on the access platform to the first floor. To the east, they are formed by double U-glas panels arranged vertically, whereas to the west, the same system is alternated, on the upper level, with the cladding on the lower levels through metalized ceramic panels that integrate horizontal windows.

The ground floor is manifested outside through a continuous plane, formed also by ceramic panels, with an upper range of windows. On the ground floor plane, and flush with it, emerges in the case of the west facade, a sequence defined by the lateral volumes of the first floor and their relationship with the various open courtyards.

The ends of the building, corresponding to the south and north facades, reproduce the cross section of the sports center, with a continuous plane in the case of the north facade, where the U-glas surface on the upper area is laid out on the lower stripe of less height corresponding to the cafeteria and kitchen volumes on one side, and the services core on the other, both separated by an open courtyard. A catwalk, arranged in continuity with the metallic staircase and cantilevered over the facade, connects the emergency exits with the exterior platform.

The south facade is proposed with similar criteria as to the translation of the section, with the main entrances, on both levels, oriented towards the street. The lower level is characterized by the concrete volume which, attached to the main volume, covers the exterior staircase and ramp and the lockers and office area, perforated by the deep front porch. A metal roof, commensurate to the scale of the sports center, is projected over the entrance area, cantilevered over the facade. On the upper level, corresponding to the profile of the trusses, the enclosure is recessed over the facade plane, highlighting the prominence of the roof. 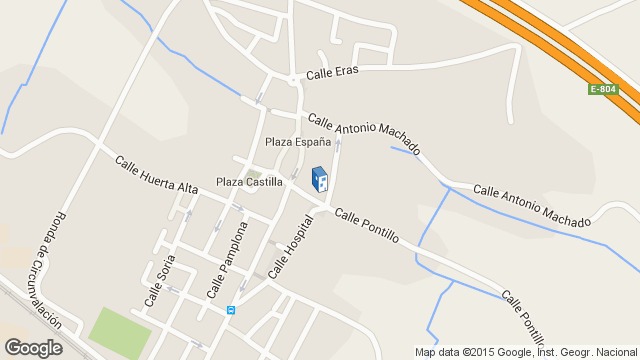