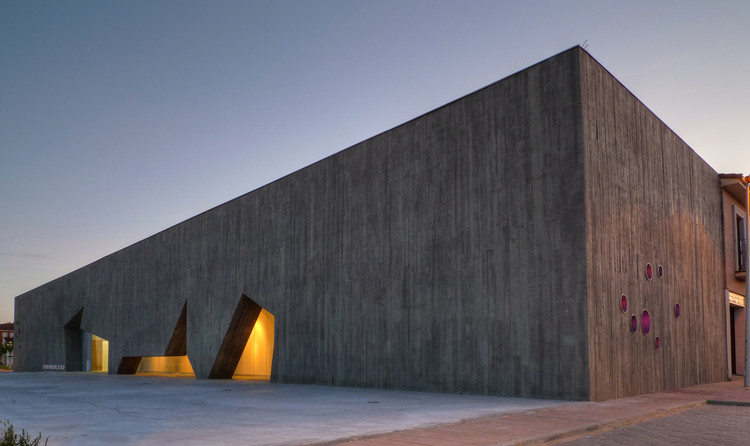 Text description provided by the architects. The building occupies the northwest corner of a triangular plot, being the ending of a block of houses and hiding this way an unfortunate dividing-wall contiguous to the site. This operation sets free the rest of the building facades to ensure proper sunlight and making possible to create a green space outside.

The center is developed on one level, which guarantees the immediate accessibility and allows dispense with vertical communication cores. On the floor plan, two strips are apposed side by side: the narrow one, which is attached the dividing wall, contains the service spaces and the other one, wider, more important, which covers the rest of the floor plan and where the main areas are located: the assembly hall and the library-play centre, on both sides of the main strip, and in the centre of the strip, connected by an exhibition corridor, four rooms interconnected between them by mobile divisions, making possible several combinations as needed. The height difference between the two strips, allows to incorporate a longitudinal line of light throughout the whole building.

The leisure center is conceived as a sculptural element of deliberate abstraction that we consider consistent with its cultural-recreational use and seeks to escape from the traditional image of "building." This is an "ashlar" with an expressive crack in its central part suggesting the access to its interior. Color pinholes insinuate different inside areas of activity without showing their nature.

The juxtaposition of the different elements that form the front of building (hollows, sign, texture, crack) designed at different and unusual scales, contributes to the difficulty of perceiving the true scale of the building increasing its enigmatic character.

The "trick" of the massiveness of the facade is revealed when you penetrate the center where another building appears completely antithetical to what we might expect. The tectonic thickness has no evidence inside where the folding of the façade completely solve the buiding covering . 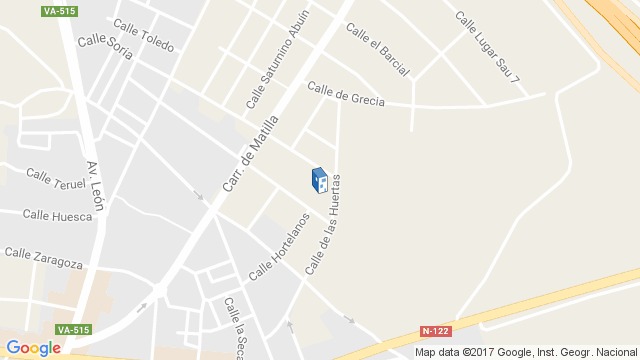