Text description provided by the architects. The project is part of the "Fàbriques per la Creació" programme promoted by the Barcelona city council in order to reactivate the old industrial spaces of the city now in disuse, and transform them into centres of artistic production.

Hangar is a creation centre for visual artists situated since 1997 in the old industrial manufacturing premises of Can Ricart.

Can Ricart, dated 1854, was one of the first sites for the mechanical printing of cotton fabrics in Catalonia. It is situated next to the central park and orientated accoding to the Pere IV axis, along with Oliva Artés, Ca l'Alier, la Escocesa, and Ca l'Illa. The complex is made up of various buildings in the neoclassical style and a series of green spaces which are interconnected. The group is of great interest because of the stylistic unity of the pieces that make it up. That is to say, in the similarity of their forms, rhythms and spacial arrangements.

The objective of this first phase is the expansion of the centre into the two disused buildings located alongside Hangar.

The starting point for this intervention is respect. The character and physical qualities of the existing buildings are reinterpreted but not tranformed. The scars suffered over the course of time from previous interventions are kept and those resulting from the current renovation emerge and are added to them.

The aim is to make the buildings usable with the least intervention and economic cost possible. To do this, a new element is strategically introduced, “the module”, which is, by its nature, communal but personalisable, according to the space it occupies. The counterpointing of the existing space, where no intervention is made, and the different elements introduced creates a constant dialogue between old and new.

A metallic modular system is designed, thought out in layers. The skeleton is made of a net-like structure of pillars and heb beams, dressed on the interior with plasterboard panels with thermal insulation, or metal frames with glass, and on the outside by a substructure of metallic profiles that hold perforated boards in place and form the handrails.

Each module complements the open space into which they are inserted, giving it the required acoustic or visual insulation. The roof of the module can be walked on in order to take advantage of the height of the buildings, allowing a visual relationship with the open space and adding a surface at an intermediate height. 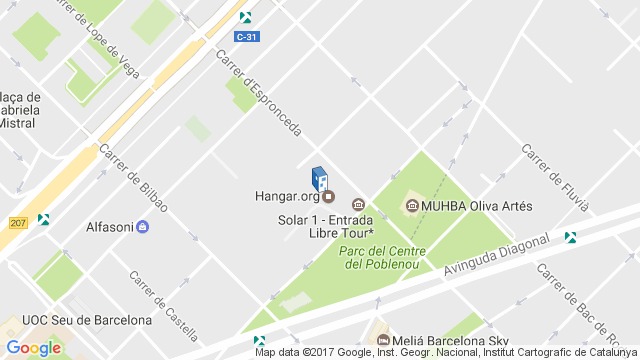