Text description provided by the architects. On the left banks of the river Iller a new, highly efficient hydro – electric powerstation substituted an older powerstation from the Fifties by now supporting approximately 3000 households with 10,5 million kilowatt – hours of environmentally friendly power per year. Specialised engineering consultants had nearly finished planning the project, until the authorising agency demanded a design, that would fit in a subtly manner into the listed building ensemble of a former spinnery / weavery and the natural space of the Iller.

The starting point of the design considerations was the symbolic representation of the water dynamics, which change from a calm state at the water inlet to the churning and pitching of the water near to the turbines, before subsequently returning to a calm state after the electricity generation. Further associations included the river-washed rock formations in close proximity to the location of the power plant. The concept intended to connect the limit points machine room including turbines / generators  and retention bar weir / rack cleaning  with a continuous wrapping that dives underneath a historical steel – framework of a former bridge for wires, in order to avoid its total demolition.

The softly shaped wrapping nestles against the technical underground engineering parts and creates thus space for many connotations, among them a smoothed river stone, a frozen wave or a stranded whale and so on. It`s quite interesting that each observer is thinking about an own image for the building.

In close continuance of the underground construction the reinforced concrete wrapping is fitted on selective plate bearings with a revolving gap (2 cm) in order to compensate longitudinal deformation. In crosswise direction ribs stabilise the construction similar to the ribs of a boat, that is turned around. The structure that is like a skeleton generates a fascinating sequence of interior rooms, which are changing between dome dimensions and intimate sizes. All notches, that are technical essentially, were reduced as much as possible in order to reach a homogeneous appearance. Even a (via truck – mounted crane) complete removable component (lightweight concrete) in case of log jam disappears almost.

The three – dimensional curved concrete nape was formed by rough planks in the interior and was protected by an economic spraying with gravel inlets on the exterior surfaces. Thus manifold reflections were generated, creating different appearances according to the changing weather and daylight. During the execution ecological issues like the integration of a fish ladder were considered and also things as for example airborne and structure – borne noise prevention measures. The interior lightning percolates through gaps and run - in and run - out jaws towards the exterior and provides an impressive orchestration for the flaneur.

Despite the huge dimensions a very differentiated formation was created, that on the one hand assimilates the surroundings and on the other hand a self – confident building is now existing, that will get part of a later public `hydro – power experience`. Public frequency is the consequence of a new continuous track for pedestrians and cyclists along the former weavery and provides an greater impulse for the further contribution of the city towards its river. 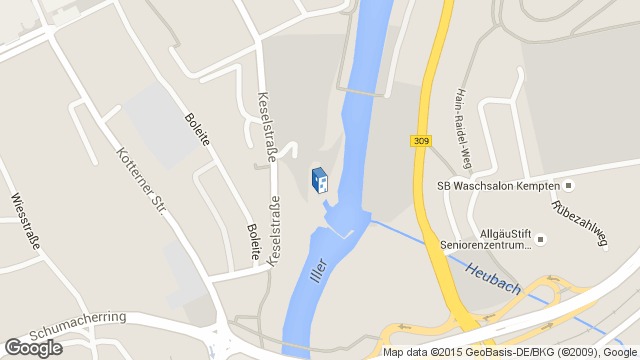 Location to be used only as a reference. It could indicate city/country but not exact address.
Share
Or
Copy
About this office
becker architekten
Office
••• 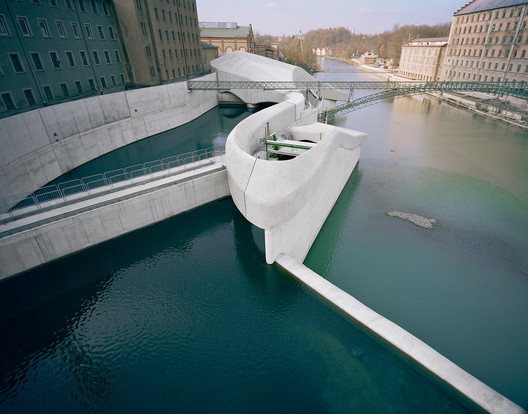