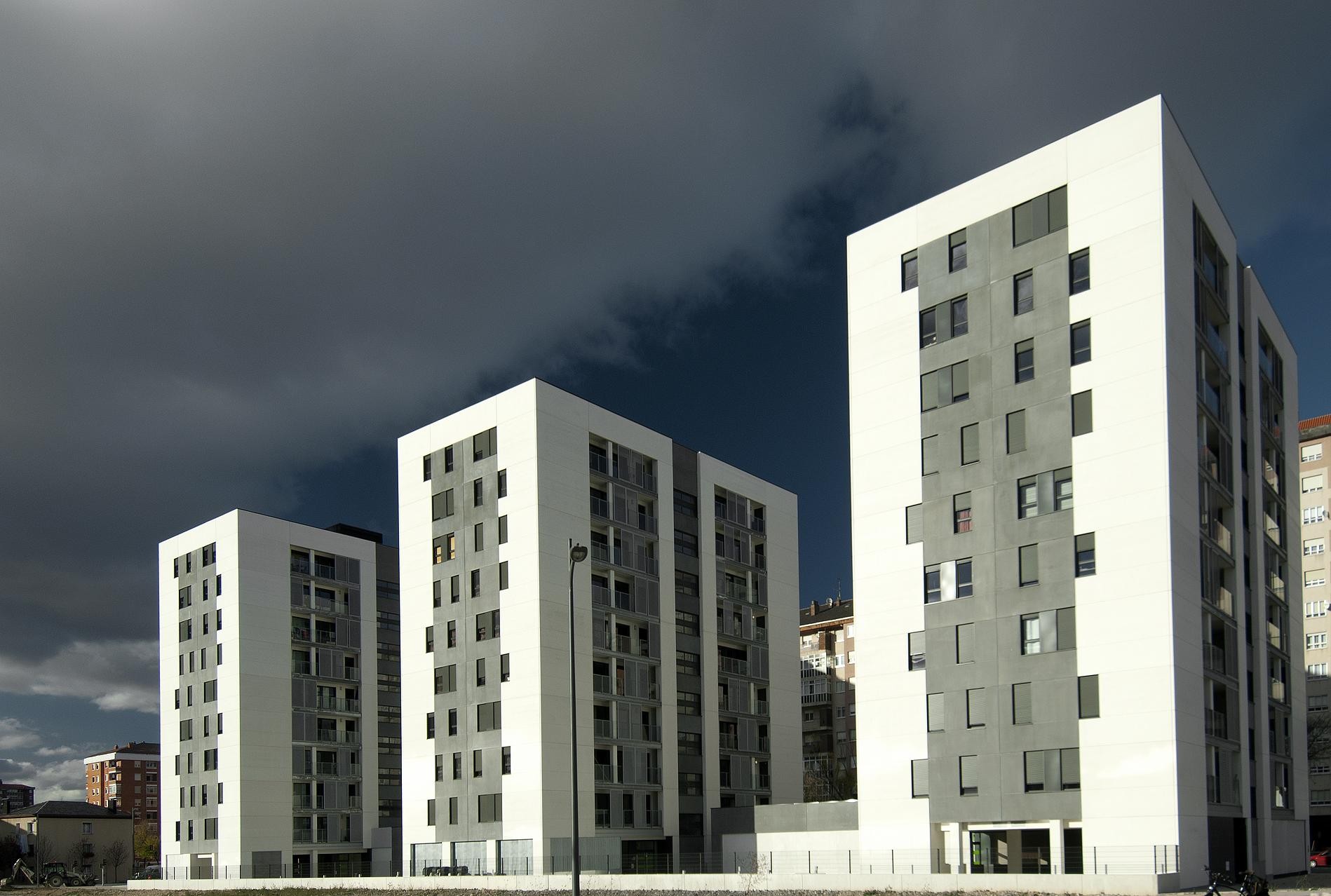 Text description provided by the architects. The project is the winning entry of a Victoria-Gasteiz town hall competition.

The volume proposed by the competition is modified in order to obtain a better orientation of the project in a more prismatic, rectangular form. A north-south orientation allows for the buildings to be more separated, increasing the amount of sunlight that reaches the interior facades.

The buildings are designed as differentiated, black and white volumes joined by small boxes that contain the vertical cores. These are also shaped as black prisms.

This spatial structure houses four identical dwellings per floor in each of the volumes, two at each side of the core, with two orientations each, providing clearly differentiated facades depending on their orientation. The east and west facades are formed by longitudinal terraces directly next to the daytime spaces of the dwelling, and are provided with solar protection elements.

The typology is spatially open to the terrace, with the kitchen and the living room accessible from the hall. The three bedrooms and two bathrooms are grouped and are accessed from the living room, next to the façade, allowing for the natural lighting of its distributor and a great spatial quality in the circulation parallel to the terrace. A large glass opening unifies the space of the dwelling and creates an effect of an interior gallery protected by the terrace and the solar protection elements. 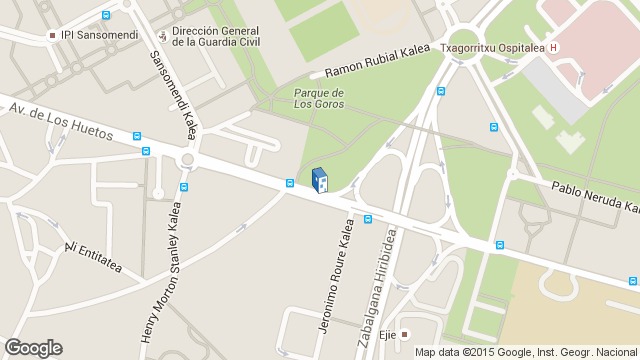