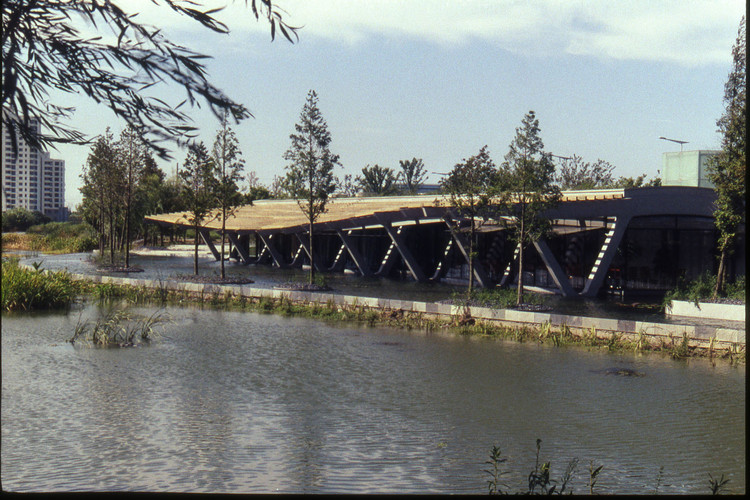 Text description provided by the architects. This project tries to address a mega problem at a micro scale — the increasing isolation of chinese urban resisdents from nature. Kunshan is in the Yangtze River delta region, a flat land with lots of rainfall. Towns in the region historically developed a unique landscape of crisscross canals and numerous ponds. Traditional buildings were next to or even cantilevered over the canals. Unfortunately, the rapid urban expansion and renewal of the past three decades have not only made cities bigger, but also transformed such intricate urban water areas into six-lane streets and dense towers. Even though developers created some fountains in their projects, these features tend to be of dead water. Various regulations further keep people and buildings from any intimate contact with remaining rivers and lakes. As a result, today’s urban children often forget the feeling of natural water, along with earthworms and crickets, which are part of the symptoms of apathy towards nature in Chinese high-density cities.

The attempt was to alleviate this big problem with a small step – designing buildings that encourage people to develop an intimacy with natural water so that they will love nature more and demand a more holistic urban environment.

Located between an urban street and a preserved river in a new residential area of Kunshan, the design of the teahouse explored ways to allow users to truly be close to the water. The river level fluctuates greatly. Therefore we designed an intermediating pool that draws its water from the river. Viewed from the teahouse, the pool appears to merge with the river. A row of metasequoia trees along the river bank continues into the pool. Ten private tea rooms take the form of glass pods surrounded by water and are half-sunken into the pool. Users can open the windows and touch the water under their elbows, just like in a boat. Tiny fountains (drawing water from the river) are bubbling in the gaps between the pods. A layer of wood trellises with vines above the glass roof affords people the feeling of peeking into the bright river from under the dark shades. The design of the trellises also experimented on a double curved version of “flat curve”--a form often seen in traditional Chinese architecture- with a low-tech and low-cost method. 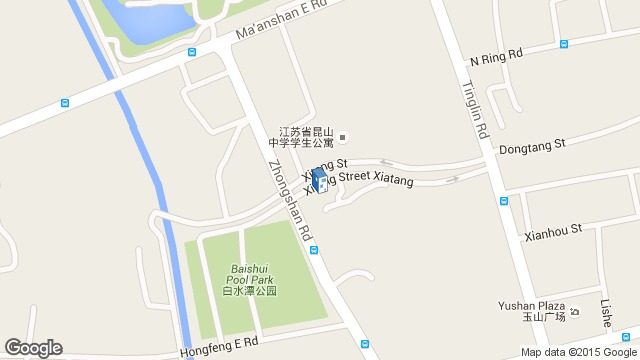 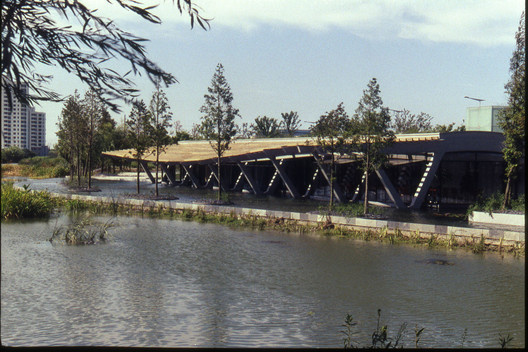