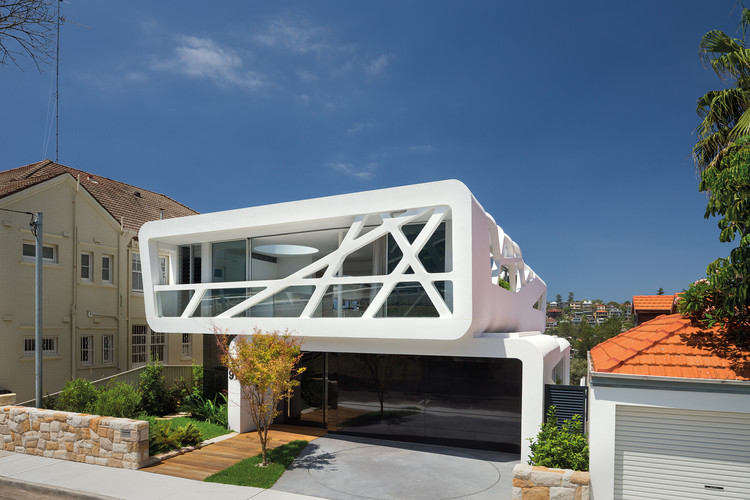 Text description provided by the architects. The underlying design intent was toexplore the notion of “prospect and refuge” within a contemporary family house and then to apply the idea to a specific site near Bronte Beach.

The “prospect” were the constantly changing beach and coast views to the south of the site. The “refuge” was the other contrasting character where we created introspective spaces that provide a sense of sanctuary and enclosure.

These two driving desires for the house were accommodated through devising two sculpted concrete forms responding to their particular use and orientation. The forms are rounded at the edges similar to tubes which are independent of each other enabling the upper tube to twist towards the view while the lower tube orientates to the street.

The upper tube containing the living spaces is open ended and carved out which allows the northern winter sun to penetrate deeply into the space while allowing an unimpeded outlook to the southern view. The form also provides efficient passive ventilation drawing the prevailing nor’ east breeze through the house.

On the two lower levels the character of the spaces changes to places of privacy and refuge. The middle tube houses the bedrooms, each with a different aspect and outlook. The lower level has a cave like atmosphere with the room formed by a cut bedrock wall and a dark stone floor connecting the internal and external spaces. The pool provides a water element spanning between the rock wall and the garden.

The house boldly sits as a modern insertion into the typically poor building stock of its surrounding environment. The context is of varying building styles, scales and materials so the house creates a deliberate contrast in form and colour. The homogenous appearance of the house allows the forms to be emphasised by sun and shadow with the play of light continually shifting and moving with the path of the sun. 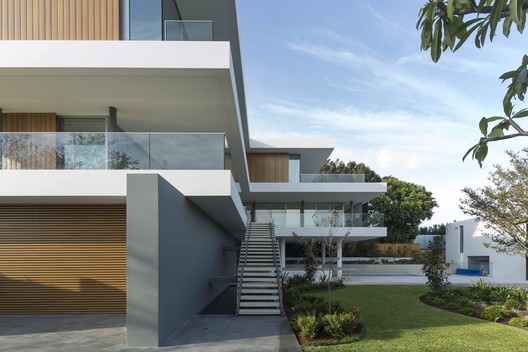 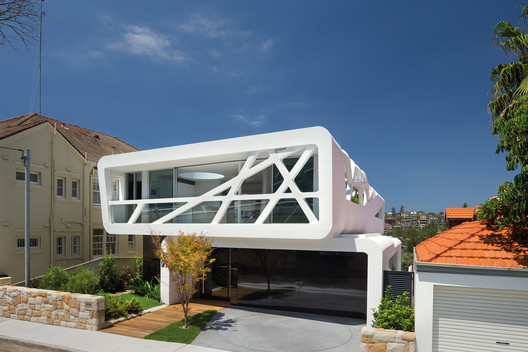