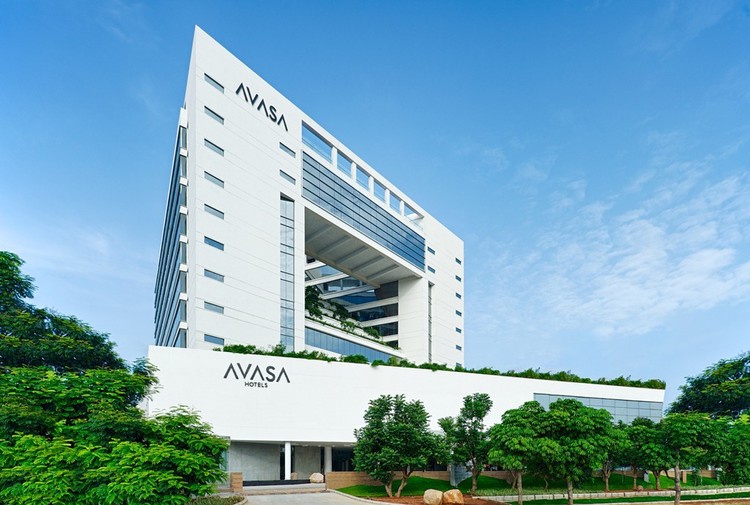 Text description provided by the architects. As you drive towards Hi tech city, looking at block after block of built FAR, there is a break from the concrete boxes of commercial and apartment buildings. You see the 9 floor frame with stepped terrace gardens, 'The Avasa'.

The irregular shaped site was the biggest design challenge. The site is wide towards the road and narrows down towards the back. The building follows the site and looks like the letter 'A' in plan.

One of the aims of the design was to respect the given site. Thus, the design of the hotel responds to its context with a highly site-specific scheme. Due to limited open space on site and in the vicinity, a continuous green space has been conceived in the form of stepped terraces. These terraces are visually connected from the third level to the top floor. Thus, the rooms are arranged along the two arms of the 'A' and the connecting slab between the two arms acts as terrace space which step back as one goes to the higher levels.

The building sections were the most important diagrams in the design process. The final section is still the most important drawing which explains the building the best. Vertical transport through this stepped section is achieved through 3 separate banks of lifts. one set in the west wing commutes between basements and Ground floor. One set in the East wing commute between ground and 11th level. The bank of lifts off the central lobby operate through all the levels.

The Atrium could have been a single large volume from ground to 11th level. However it has been split into two - • The Lobby atrium at the ground level, connecting the Grand lobby and the Banquet Halls. • The central atrium at the third level which has been created under the stepped terraces. This has been done in order to control the sound echoes and also to maintain a sense of scale.

There are two bridges between two room blocks, one on the fifth floor which is the business club "THE BRIDGE" and the other bridge is the double-level Sky-Bar connecting the room blocks on the tenth and eleventh level. The Sky- bar has its own set of lifts

The nine room floors sit on a podium containing the arrival porte-cochere, the reception lobby ,the speciality restaurants and the all day dinning. The first level contains the banqueting facilities including the Grand Ballroom which is connected directly to the ground level porte-cochere by the Grand staircase. The second level is the service floor over the banquet corridors. The third level has the first room floor with spa and gym. The central atrium space opens out to the pool deck and terrace party space. The stepped terraces at each higher floor has been given a different character. Thus, the room corridor on each floor is a different experience. You experience the indoor and the outdoor as you walk along each corridor.

For the grand ballroom, a post tensioned slab of 300mm thickness was conceived to create shallow beams and provide more clear height. A vierendeel frame structural system was used for the stepped terrace to make them self supporting . The Sky bar also uses a three floor vierendeel frame system. This was used as there were large spans from 14m to 25m.

The stepped elevation faces north, bringing in natural north light into the atrium and limiting energy use. Stones used for flooring throughout the property have been sourced from local sites within the state, reducing the carbon footprint. Aluco-bond cladding was deliberately kept to the bare minimum. With 98% of the lighting being LED, Avasa is a highly environment friendly property. 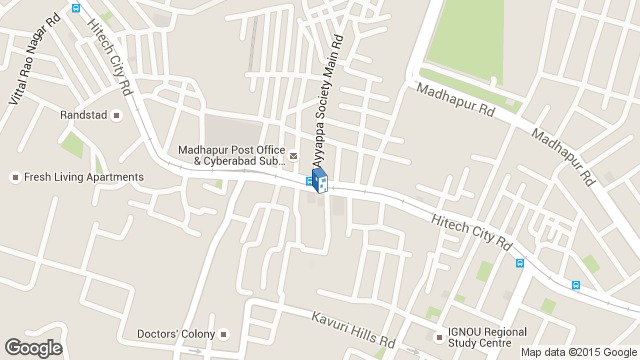