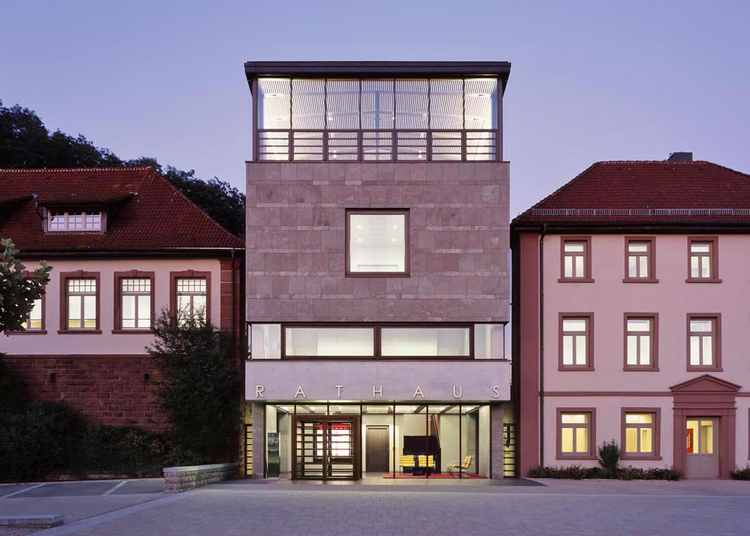 Text description provided by the architects. The project is the result of an invited competition. In the context of two historically protected buildings, the useable area of the existing city hall was to be doubled. The demolition of modifications from the 1950’s and 70’s and restores the historic structures to their former proportion. This surgical removal created a 10 -meter gap allowing the insertion of a new building, housing council chambers, offices, kitchen facilities, and archives. To mark the contrast between modern and existing facilities, the new structure is clad with a locally-quarried stone and the fenestration is expansive. The roof forms a hyperbolic paraboloid, allowing the appearance of a flat roof at the front and rear of the building while providing a maximum pitch of 12 degrees.

The split-level plan of the new building connects the two extant structures which formerly had no single level in common. The transparent lobby opens to a new town square and is an inviting orientation point for the entire complex. 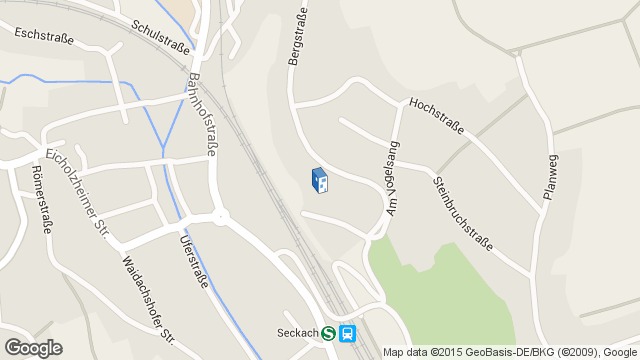 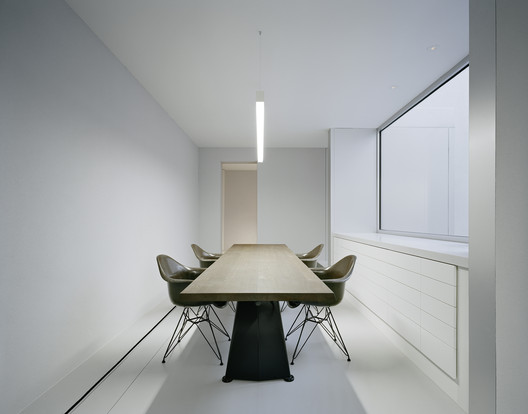