Text description provided by the architects. A courtyard, a balcony, a simple floor, elements that are always present in Mediterranean buildings, bathed in sunlight that filters through the trees along with a pleasant breeze that is almost always present. The interior is protected by a muraxabi, an imposing concrete arabesque that covers the whole façade, which delimits the exterior in small frames and contains the shadow of the busy street. The space is an immersion in this environment, through the elements that constitute the premise of the Arab cultural atmosphere. It recuperates conversation and coexistence as implicit elements, not only frequent, but fundamental in establishing the architecture of this project.

In plan, the organization allows for multiple configurations of the space from the courtyard. Under a skylight, balcony, hall and waiting area can be expanded or reduced. On one hand, the muraxabi frame protects the space from the loud Horacio Lafer avenue, and on the other, the balcony opens entirely in order to take advantage of the vegetation outside and display the interior hall to the narrow and scarcely used Jusseapê street. The project is thus integrated into the street, enhancing the city.

We were inspired by the basic elements of Arab architecture, and we tried to translate such traditional elements into a contemporary language and application. The architectural parti is thus centered around the development of the components of this kind of architecture: the courtyard, the balcony, the muraxabi frame.

The design of the geopolymer muraxabi frame was inspired by the extraordinary and modern composition of the Malaysia National Mosque in Kuala Lumpur, design by the architects Howard Ashley, Hisham Al Bakri and Kassim Baharuddin, built in 1965.

The mural is a mention of the Arab tapestry that goes beyond a reference to this incredible art: it proposes the deconstruction of the muraxabi frame. Through its elements, colors and shapes, the intention is to appropriate the history of the brick, an element with profound roots in the Arab culture. Its stains, pigments and its forms are an allusion to it. Due to its great size, the mural can be regarded as a public art project, that is, as part of the city, and not only of the restaurant. 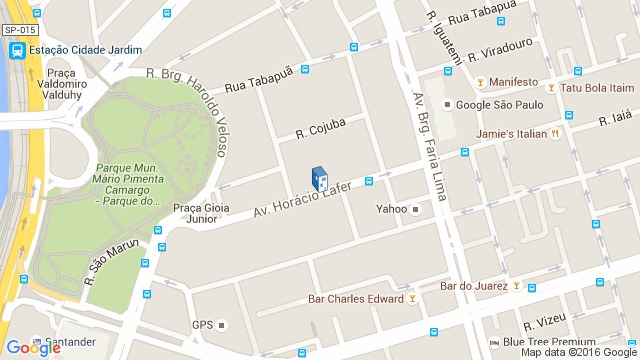 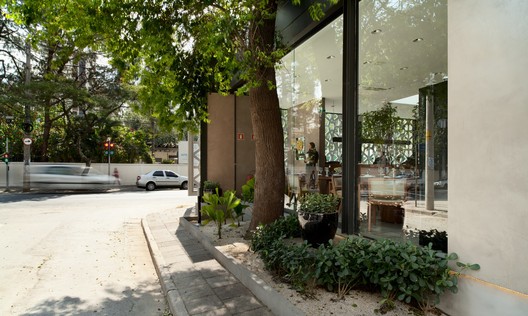 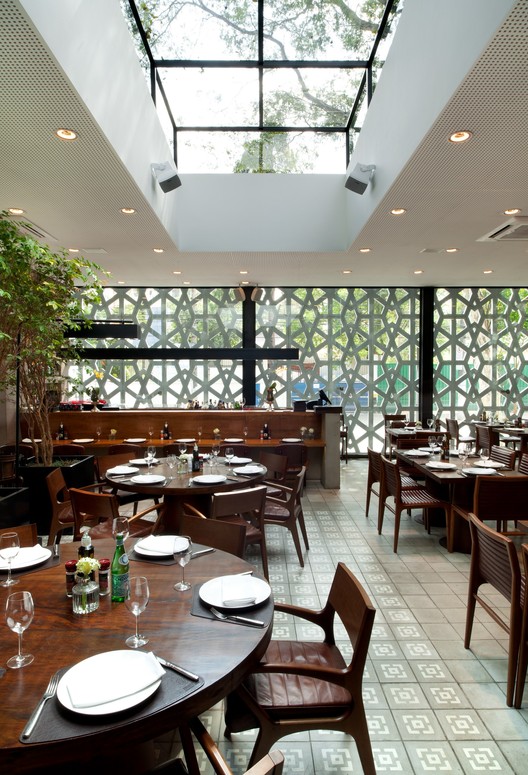