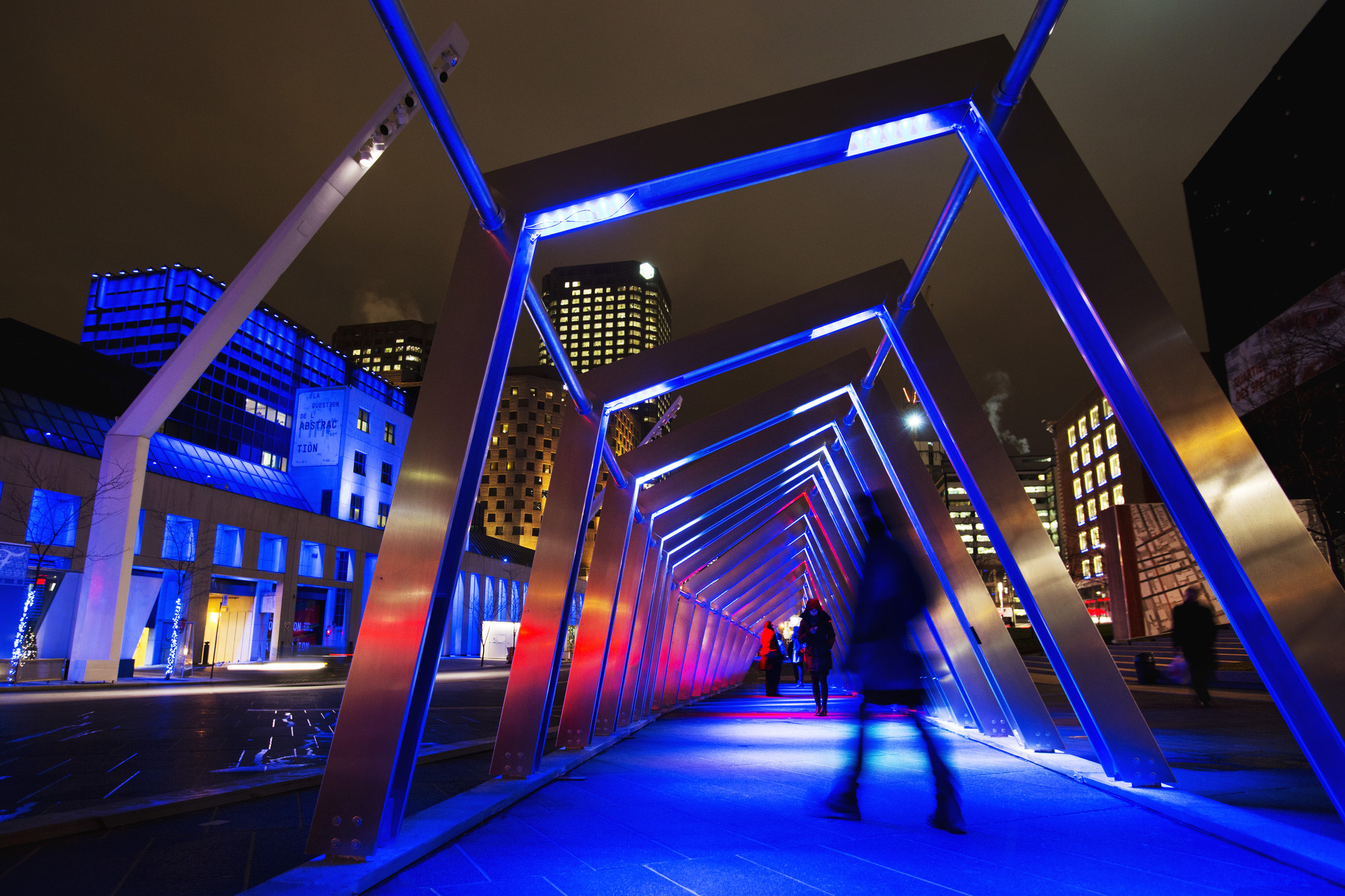 Canada's "culture capital" was a lot chillier this past winter thanks to the addition of Iceberg by ATOMIC3. The interactive, architectural, light and sound installation, spanned from the Place des Festivals to the Place des Arts in the heart of Montreal.

The installation followed the journey of an iceberg, beginning with its birth in Arctic waters all the way to its melting off the southern coast. ATOMIC3 designed four “skeletons” that represented the Iceberg at four different stages in its life. These skeletons had different shapes and sizes, varying illuminated spaces, and above all, distinct soundscapes.

Visitors were able to explore the arches by walking under the iceberg skeletons. As they did so, motion sensors detected their movements, triggering changes to the lighting and sounds which brought the iceberg to life. Each visitor “warmed up” the iceberg, transforming its northern essence into a symphony for both the ears and the eyes. The installation was inspired by the actual organ-like noises that icebergs make as water enters their cracks and crevasses.