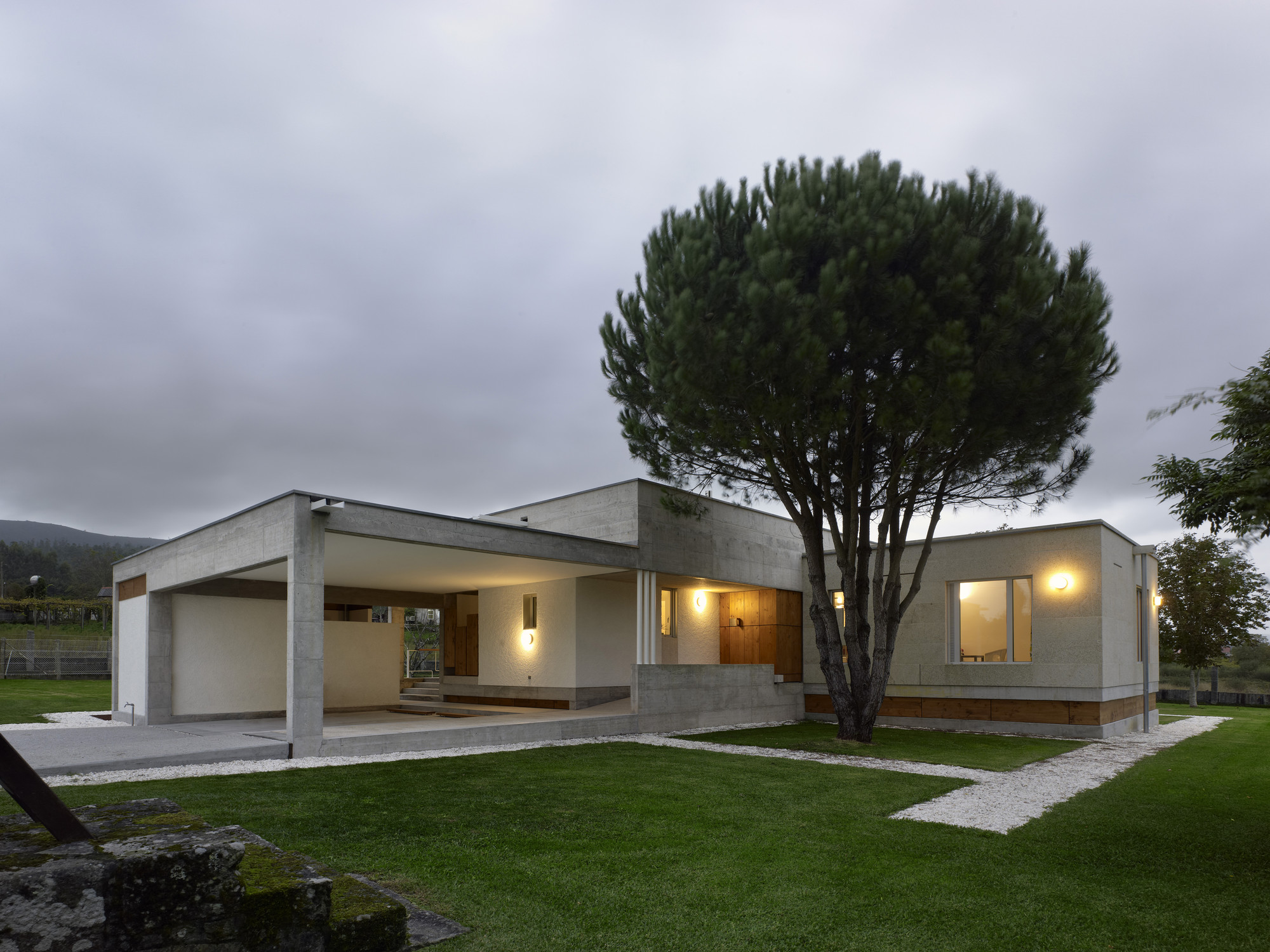 The nearby presence of “father's house” is first of all a dumb testimony of the evolution of the project, and second  of the work. For that reason, the house is closed to the east, with categorical and barely nuanced limits, as refusing dialogue and  even the exchange...but the house also opens to the west, towards the horizon,  where the air is looked and the day is finished, and the resounding gives way now to a calculated ambiguity, spaces which are one but also are various, spaces which are in but are also out, spaces, in the end that extended outward, up almost touching the nearby rural core, which is sensed at the bottom, between the trees.

These two presences, the father on one side and the core on the other side, are in a way the origin of the project as a counterpoint which want to flee but who don´t want to leave. It only changes the language, that's all.