As the 'last piece of the puzzle' at Toronto's Union Station, the renovation of the train shed roof covering the passenger platforms and tracks which connects GO Transit’s Union Station Bus Terminal to the station building delivers part of the “The Big Move” promise, Metrolinx’s twenty-five year regional transportation plan for the Greater Toronto and Hamilton Area (GTHA). Designed by Zeidler Partnership Architects, their train shed roof was recently awarded with a 2012 Canadian Architect Award. Most of the 8.6-acre train shed roof is being refurbished, and the central portion is being removed and replaced with a new glass atrium to celebrate the station. More images and architects' description after the break.

The objective is to renovate and restore the east and west portions of the shed totaling 30,000 square metres (300,000 square feet) and to replace the central 5,000 square metres (50,000 square feet) of the train shed with a large glass atrium.The glass jewel box will float over the tracks, providing daylight at platform level and a visual connection from the station to the waterfront. The simplicity of the design conceals layers of complexity that ensure connectivity and passenger access, weather-resistance in a comfortable and visually appealing space: curtains of suspended clear glass louvers, photovoltaics, fritted screens, and new sets of stairs and elevators. In total, 46 vertical access points will either be newly constructed or refurbished. An early 20th-century, Beaux-Arts-style building, the train shed is a designated heritage structure on a national historic site, and the design carefully preserves the heritage character.

Midway in this overlap, delicate curtains of clear glass louvers will be suspended from the roof on a light network of steel tubes and cables to repel penetration by rain and snow while naturally ventilating the trainshed. The view of the roof, visible from offices and other tall buildings in the area, will be improved by the glass jewel and a green roof with photovoltaic (solar) cells . These changes will help reduce the “heat island” effect that raises temperatures in urban areas, reduce the concentration of rainwater run-off, and generate electricity to offset the needs of the station.

The work is being phased over six years to minimize disruption to daily train service. When completed the project will restore, repair and renovate all elements from the top of the roof down to track level. After many years of planning and design, the jewel box atrium is taking shape; installation of the glass fascia and soffit panels began in mid September last year and construction of the atrium is expected to run until late 2014. 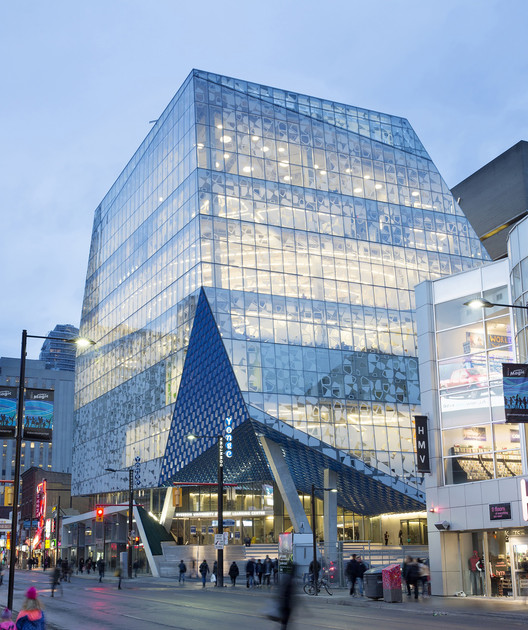