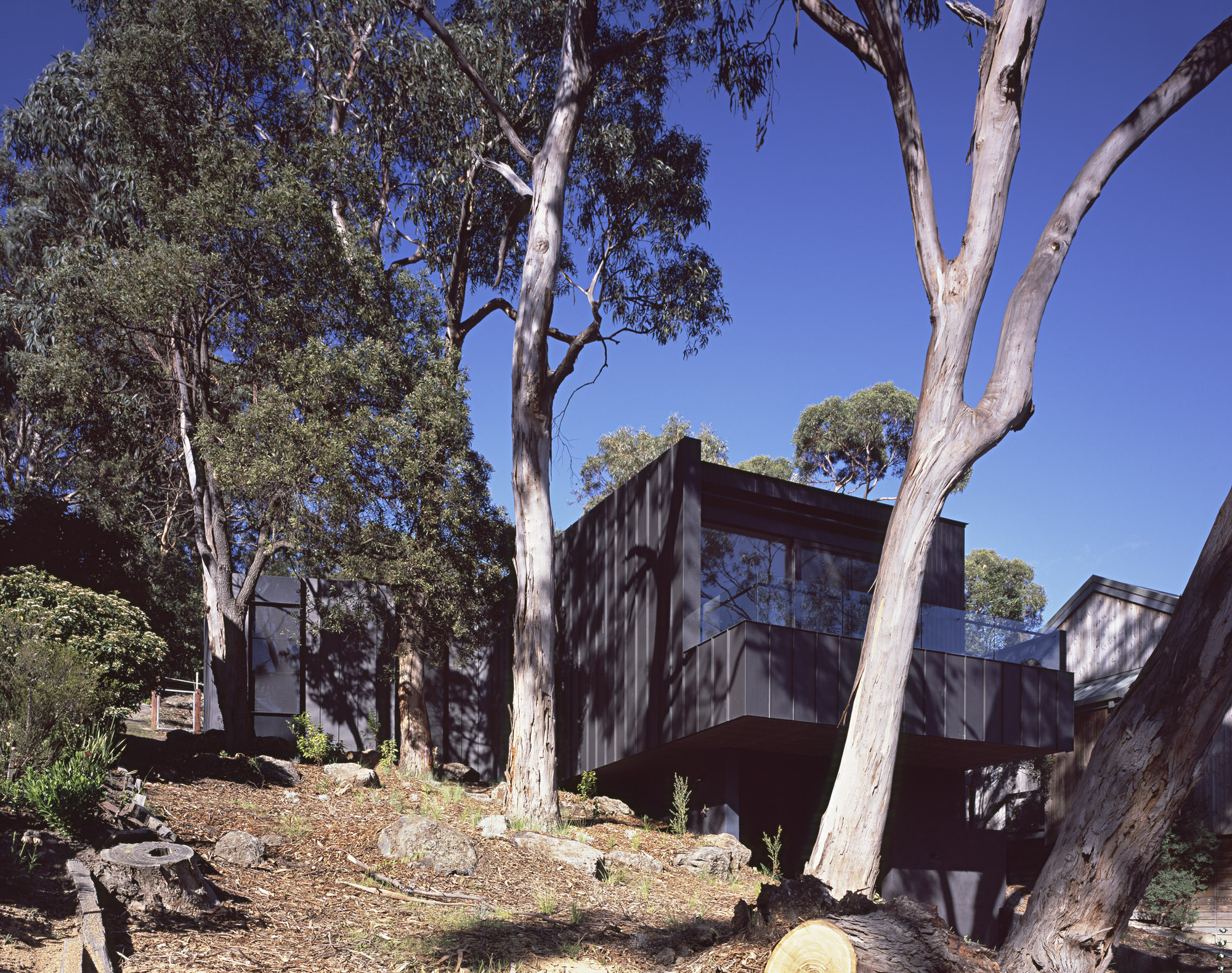 The site is a residential block in Lorne, Victoria. Several large eucalypt trees are clustered in the southeastern end of the block, offering a treed streetscape context to the site. The house was to contain individual zones for the couple and their 2 adult daughters, with the opportunity to separate access between the spaces.  A large Living and Dining space with outdoor entertaining areas were required, within which all family members and friends could congregate. Another important brief requirement was a space in which the client could practice yoga, offering spatial isolation with an external outlook.

The trees were to be retained as far as possible and their relationship with the building emphasised internally and externally. Views to the ocean were to be considered on equal terms with the views to and through the trees. The trees and associated root zones were also carefully analysed to ensure their health was not impacted by the new structure and setback accordingly.

Planning constraints were stretched to their limit, maximising the site coverage of 35% and the setbacks particular to the area. Views from neighbouring properties were also an important consideration, with the building keeping a low profile at the rear of site to ensure it did not impact on its rear neighbours.As well as working around the trees, the multiple zones and the need for spaces, which allowed both isolation and congregation, were also major considerations.

A particular client requirement was to allow internal and external spaces, within which yoga could be practiced. These spaces were to allow for physical isolation with an external outlook, allowing one to look within while understanding one’s position within the external context.

The planning of the house aims to demonstrate that each participant perceives a different physical centre. As each user isolates themselves or interacts with another, the perception of their built environment and use thereof is adjusted, thus creating a continually shifting physical centre. This in turn relates to the process of yoga striving to achieve inner balance through movement and stillness.  Multiple private outdoor spaces are an example of this, as is the asymmetrical planning on the site in deference to the trees. The curved path from the main living to the main bedroom offers another example, as the external and internal walls between these spaces stretch themselves in 3 dimensions. Each joinery element between these spaces reinforces the tensed relationship through their form. In many ways the design aims to outline the importance of the process rather than achieving balance itself.

The buildings relationship with the trees offers an important lesson in accepting and working with external influences. Their presence is constant yet varies both internally and externally. The impact from the street as well as the views of the trees from the interior, and the light they cast both on and within the house creates a balanced relationship between the built form and nature, which in turn is continually evolving as the trees grow and the light changes.