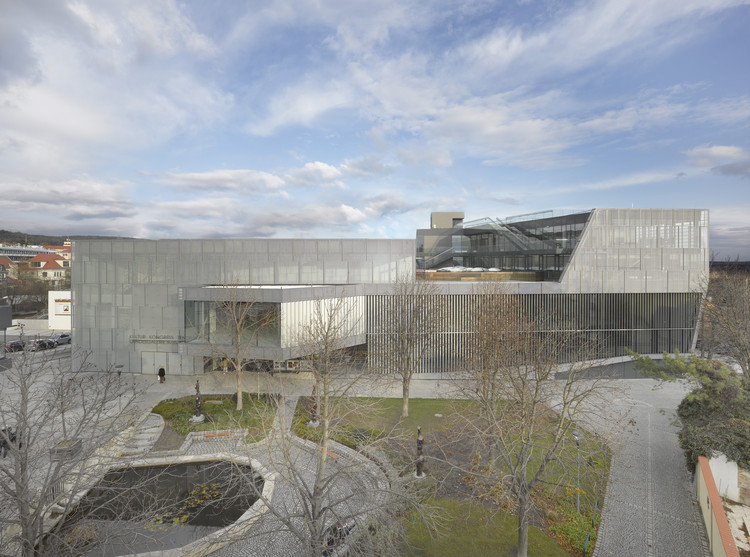 This project is conceived so that externally it looks like a single entity. This is achieved by wrapping a perforated envelope around large parts of the extension and the existing building. Although this design approach strongly emphasizes the compactness of the building complex, clear references to the urban context are also made.

The major part of the volume is concentrated at the immediate point of connection to the existing building and then steps down to the small-scale structure to the south-east of the planning area.

Stepping the building in height helps to provide sufficient light and air for this area of the city, while the mass of the building responds more to the larger scale of the Osterwiese. The new significance of this area as the eastern forecourt of the Festival Building is both articulated and upgraded in urban planning terms. By cladding it with a continuous transparent screen the building at this point no longer seems like a “rear”. It is even conceivable that projections could be shown here, which would give the Osterwiese the function of an open-air auditorium, a summer outdoor cinema or similar.

Whatever the case, it is planned to create a good connection between the new extension and Schubertplatz (and consequently to the pedestrian zone). Building a front stairs over the transformer station (on the Osterwiese site) is intended as the town council’s contribution to improving urban circulation. Here an efficient symbiosis is achieved between an overall upgrading in urban planning terms and providing a good connection to the Cultural Centre for visitors who park their cars on the Osterwiese.

The attractiveness of this route is further heightened by the fact that, along almost its entire length, pedestrians have a view inside the Landesgalerie (where the nature of exhibits makes this possible).

On the side facing onto Schubertplatz a U-shaped, courtyard-like area cut out of the two uppermost floors of the building responds to the way the neighbouring buildings are grouped in clusters around courtyard-shaped, indented open spaces.  These indentations, transformed in scale, are encountered again in the foyer in the layout of the cloakrooms, the ticket desks and the bookshop, and on the upper floor in the area of the new bar and the adjoining seminar rooms.

On the lower floors the new continuous glass front of vertical louvers forms the main façade onto Schubertplatz, where the public character of the building is clearly expressed. The public square flows inside the building, making it a part of public space, while for viewers from outside the foyer is revealed as a place of social interaction.

A new bridge developed out of this façade uses the existing spatial and structural linking points. In contrast to the existing bridge the new element widens like a funnel towards the foyer on the upper floor.

Below this bridge, analogous to the existing fabric, the new main entrance is conceived in the form of a covered area. 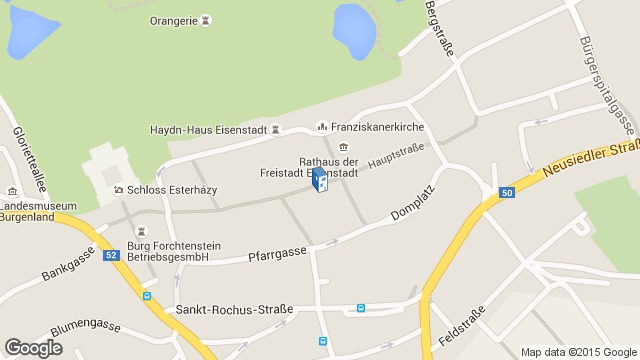 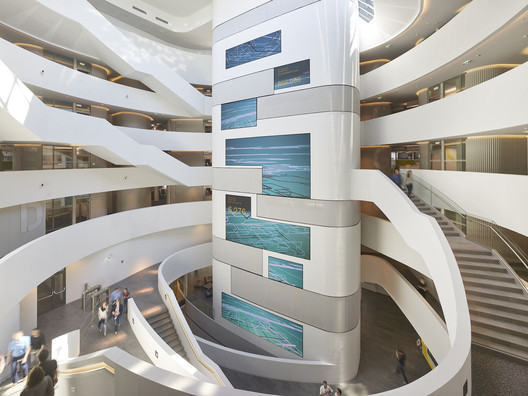