MAD arkitekter recently won the competition for the development of a large media cluster in the west coast city of Bergen. Establishing an international hotspot for innovation and knowledge within the field of media, the Media City Bergen (MCB) gathers TV-channels, newspapers, providers of media technology, education and research environments in the same location of Lars Hilles gate 30, an area in the periphery of the city center undergoing urban transformation. More images and architects’ description after the break.

The existing building in Lars Hilles gate 30 will undergo a complete transformation, in the creation of a landmark building that stands out as an icon in the city as well as in the media landscape. To communicate with the public is a main target for MCB, and the building will show some spectacular features. An atrium with the height of six floors will be the nave of the cluster, a space where the identity of each company will interplay with the new synergetic identity of MCB, and the public is invited to get a close up experience of media production. A large media façade towards Lars Hilles gate will show real time TV-broadcasting and expose what is going on in the building.

Adding 10.000 m2 to the existing building mass of 36.000 m2, the new total area will be approximately 46.000 m2. In its new shape, the building will consist of a base of six full floors, all with an area of 4.300 m2, providing very rational and flexible office space.  Above the base, there will be two flanking towers with the height of 10 floors, and one tower in the middle reaching 15 floors, making the building the highest in Bergen.

A great advantage of this part of the city is the proximity to public transport, as the immensely popular tramline Bybanen, stopping right outside the main entrance of MCB. The municipality has launched a visionary area plan, stipulating a new building mass of 150.000 m2, creating contact with the water and piers. Acting in this context, MCB will play an important role as a generator of development and interest. 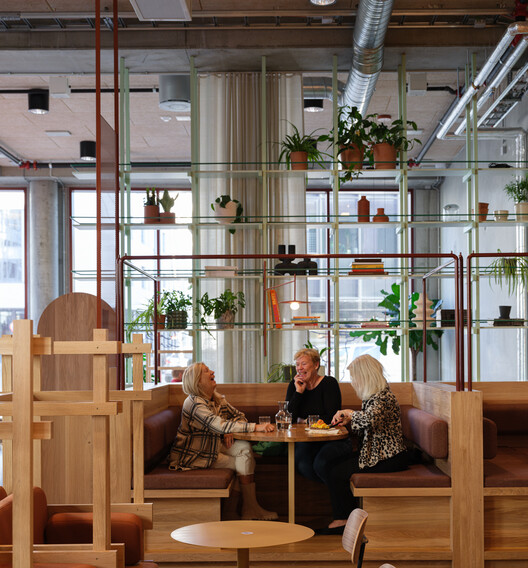