Set in expansive grounds with an adjoining campsite, the Jochen-Klepper-Haus, a converted villa formerly belonging to the director of a porcelain manufactory, is a highly attractive location well known beyond the region. An architectural competition was initiated to extend the programme by three event halls and the necessary infrastructure with the objective of further developing the venue and making it suitable as a community centre for the Selb-Plößberg district.

As a supplement to the historic villa with its colourful clinker facade, the new building has been developed as a timber frame construction which, through its permeability, links indoor and outdoor space and thus maximises the spatial potentials of the site: the existing population of trees and clearings, the villa’s garden to the west and the view out into the surrounding landscape to the east have become reference values of the location.

The demand for different room heights is, by following the topography of the site, used to accentuate the hillside position on the outskirts of town; at the same time, the building is perceived as a clear silhouette. Material and form are reduced to the structural minimum, which highlights their expressive character: Slim box beams, used as ceiling members and wall elements, were prefabricated and preassembled off site. The characteristic facade clad in larch strips, on the other hand, was mounted in front of a breather membrane on site. 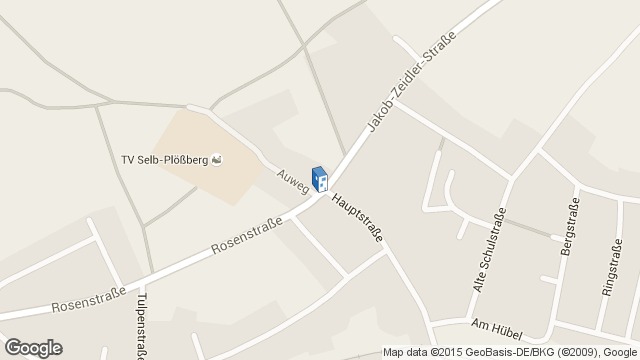