Save
AD Round Up: Religious Architecture Part II
Share
Or
Copy

Religion is one of the most important and traditional subjects in the world, and also part of architecture. Check our first part of previoulsy featured religious projects, and then enjoy our second part.

Church of 2000 / Richard Meier Located in the eastern suburban area of Rome, the Church of 2000 “Dives in Misericordia” by architect Richard Meier is the first realized work of the American architect in the Italian capital, followed by the Ara Pacis Museum (2005). The importance of this project is to give value and attraction to the deepest and most far suburbs in Rome (read more…)

New Church in Foligno / Doriana e Massimiliano Fuksas The project was won in 2001 after a national competition organized by the Conferenza Episcopale Italiana for the construction of new churches, the jury gave the following reasons for choosing, “as a sign of innovation that meets the latest international research, becoming a symbol of rebirth for the city after the earthquake (read more…)

Prayer & Meditation Pavillion / Studio Tam associati The prayer and meditation pavilion is an integral part of the recently realized Cardiac surgery centre in Sudan, built by the Italian humanitarian organization, EMERGENCY NGO. The complex, planned and designed by Tamassociati architecture studio, is the only one of its kind to provide free health-care to patients in an extensive area (read more…) 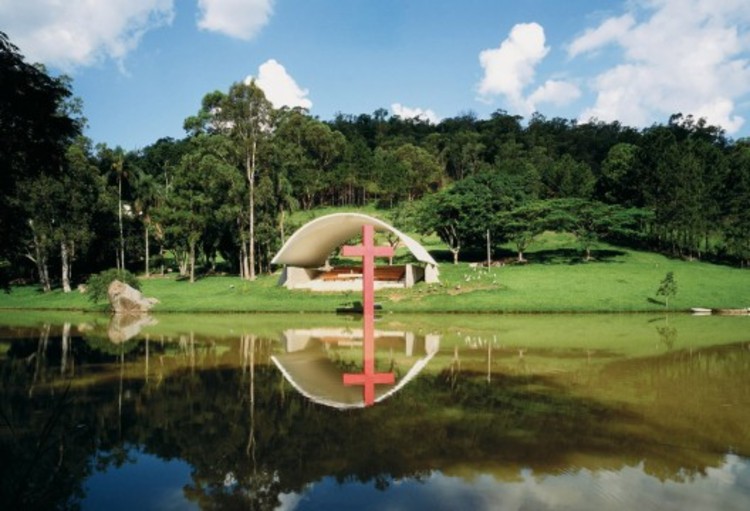 Chapel in Villeaceron / S.M.A.O. The idea of situating and relating a series of objects in the landscape- Dwelling, Chapel, Hunting pavilion and Guard´s residence- gave the project a dual significance: in addition to the close relationship between landscape, objects and itinerary -between space and objects-, each item had to provide a different response with different emphasis (read more…)

Veneza Farm Chapel / Decio Tozzi Two plastic elements leave a mark on the landscape. Two signs of profound resonance: One, the curved roof Shelter of Men. The other, the Cross of Christ Combine with the landscape. This delicate relationship creates a space within the lake shore landscape – a void that delineates the small temple (read more…)