The site is defined in the city boundary. The whole complex is a smooth transition from the urban fabric to the non built space and vice versa. A space grid/interconnection that is able to co-exist in an autonomous way or as an integral part of the city, while at the same time constitutes a landmark for the city of Pafos.

A division of the plot in zones, each one of them bearing the characteristics of the transition of the closed public space (public building), to open public (open air energy system exhibition) to green public (green park) with an emblematic building volume which articulates the zones and structures them.

Through the demands of the building program, the characteristics of the land/plot and hints of urbanity, the concept is formed and gets structured through the architectural synthesis.

Architectural gestures are emphatic making the zones strictly defined and identifiable, but simultaneously this strict division is overruled with the unobstructed free views and easy flow of movement between them, while the clear division results to easy understanding of the whole space.

The site «invades» in the building while at the same time the building expands in to the site in a bidirectional active interaction, where the linear building volume acts as an articulation component of the built space to the green area.  The volumes lay to the site while the prism of the public building, in an organic manner accepts the urban flow, channelling it accordingly to the building or the green area.  The strict division public and provide space accomplished with the use of the near office building above open public space and green area. A footbridge channels people from parking place to an office building secondary entrance.

The sustainability issue is addressed with the formation of the building shell itself, which is able  to react to environment conditions, adjust itself periodically (openable shading devices) and according to programme (public building sheltered heavily while office space glazed and sun protect).

Detailing and precision level is another issue addressed in this work, while the use of a restricted palette of materials in combination with the local craftsmanship and sophisticated systems is another. 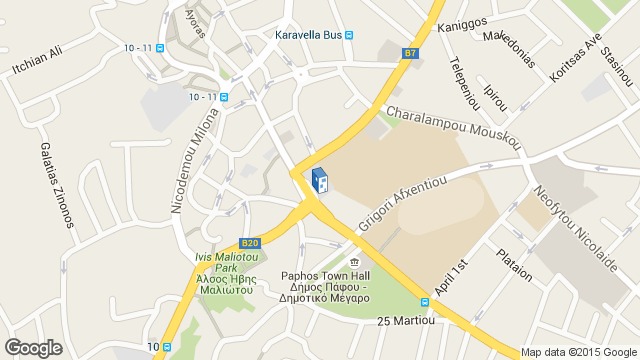 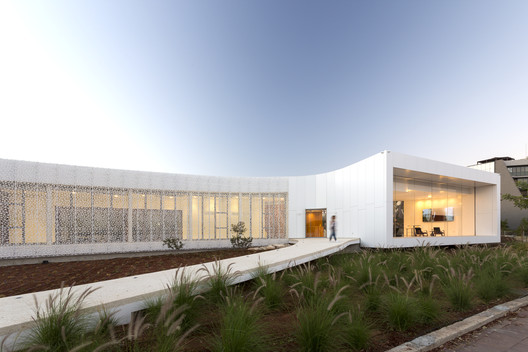