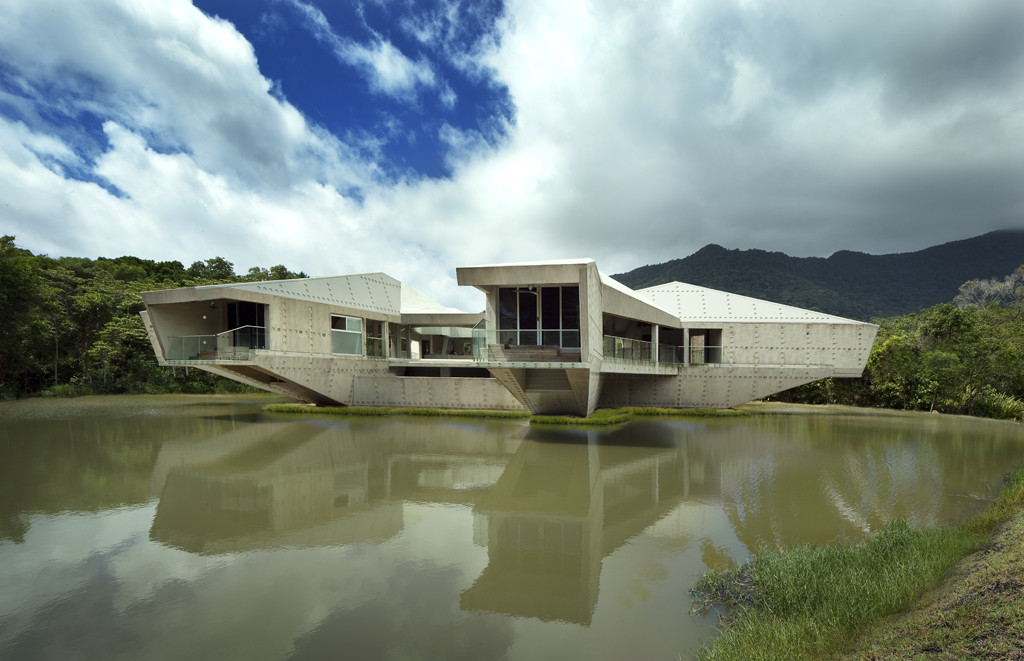 CWA were approached by the project client to deliver a carbon neutral (in operation) solution for an environmentally sensitive site off-grid on the edge of the FNQ beachfront rainforest. The aim was not to simply produce an engineered outcome but produce a building which made the most of the sites natural amenity and re-introduced the surrounding native wetland environment. The building is literally reflected by way of its siting over an engineered water ecosystem which was the result of lengthy liaison & collaboration with National Parks, Environmental Agencies, State and Local Government.

The design is formed in an innovative combination of in-situ and precast concrete. The concrete has been engineered & insulated incorporating a total solar panelled roof to provide for a constant cooler & more comfortable ambient temperature year-round. The design utilises massive cantilevers to mitigate impact from potential flooding & king tide inundation associated with cyclonic activity. The project has been designed to be solid and to withstand intense cyclones. 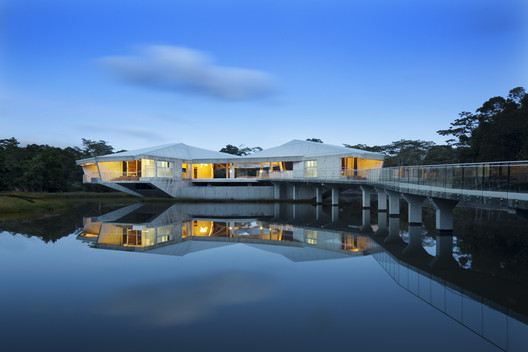 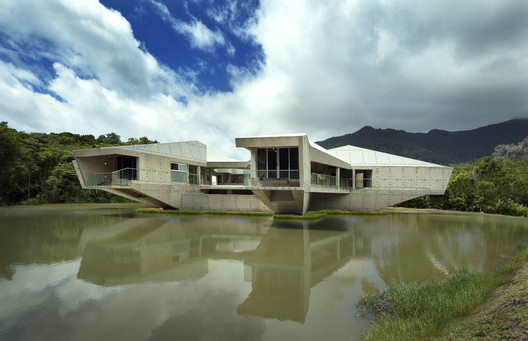