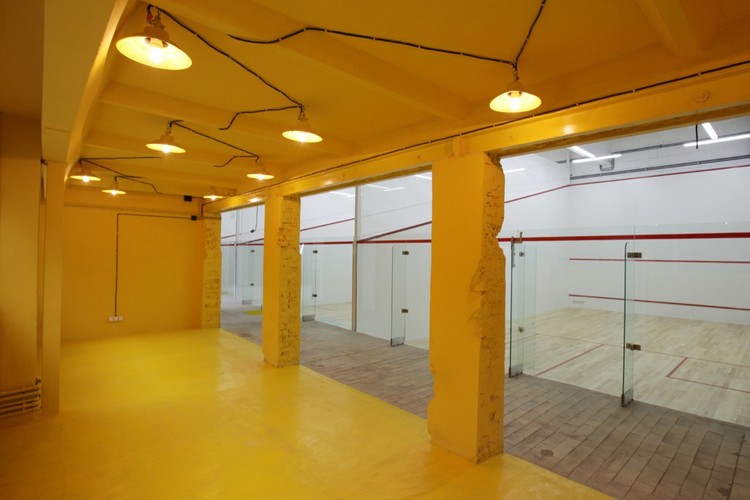 Squashynski is a modern urban squash club arranged in a converted industrial building of the former Waryński manufacturing complex in the Warsaw district of Wola. Because of the unique character of the site the design process was focused on achieving the most beneficial compromise between the industrial past and new purpose.

The design solution was based on the inscribing the new sport function into the existing structure of the hall without violating its original character. The new functional division which was introduced with as small interference as possible included 4 squash courts, lounge with reception desk, changing rooms, toilets, an office and technical rooms.

All new functions were combined with the bright color scheme which integrated the current role of the hall with fixtures and fittings of the former factory. This solution highlighted the industrial past of the place and brought the clear expression of its new quality - both in terms of space and aesthetics. 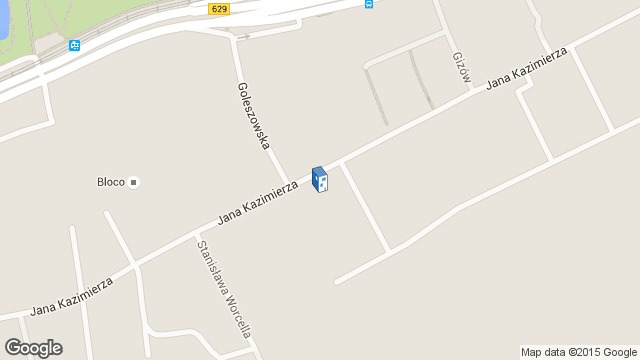 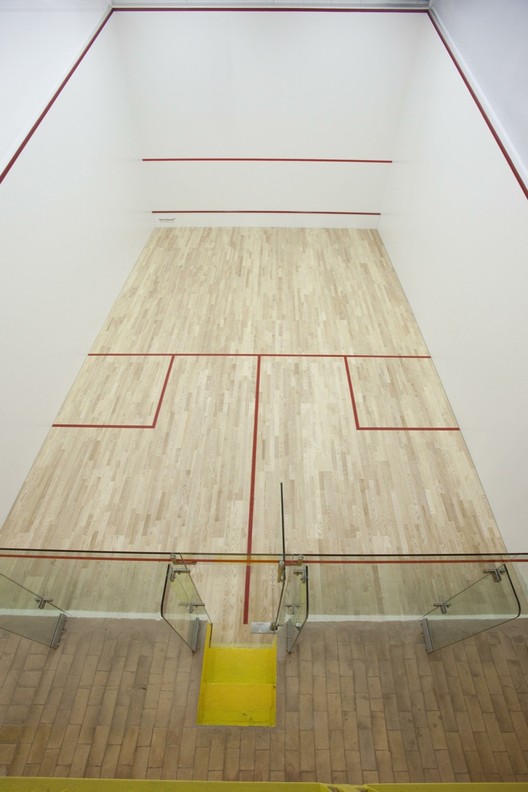