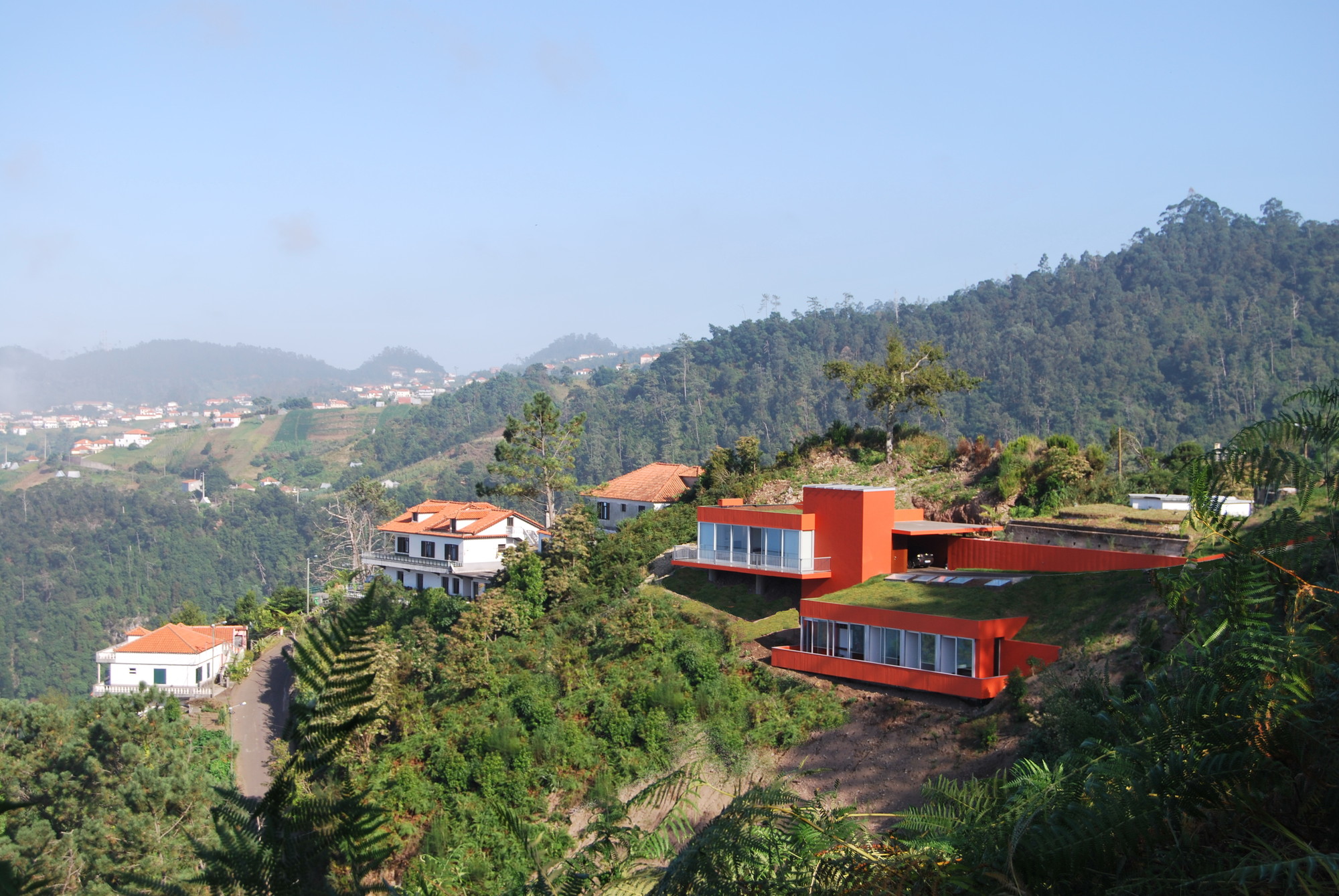 The ground seems inappropriate for the building. with a very steep slope, which extends from south to north, the first impact is the extreme difficulty for the implementation of a house. the project  provides an initial response to this setback, refusing to shape the land with retaining walls, and taking advantage of the slope to "drop" the program of the house and dividing the volume in two separate platforms, connected with a vertical element that binds these two moments.

Our proposal begins by understanding that the plot, while facing north, does not allow a wide exposure to the sun. Therefore, our building will be as above as possible,  so that the house can receive sunlight coming from the south. The view, however, lies to the north, and so the house will receive the light from the south but the better view is facing the north. On the other hand, the slope of the terrain in this area is so strong that the house has be divided in 3 volumes. This premisses laid the foundations of the project: two volumes divide the program into a more public area (Arrival Level), and private area (ground floor) connected by a third volume that unites them through an access.

The first volume houses the garage, the entrance hall, kitchen with laundry and a bathroom, lying in the area of land that has better view, and swinging dramatically between the strip of land that is provided. The second volume is lower, detached, and "excavated" into the terrain, with all the bedrooms and associated toilet facilities. These volumes are the integrated into the natural slope, seeking to extend the housing field, and unfolding its coverage of green spaces that can be reused.

Thus we have a house that fits smoothly in difficult terrain, which seeks to take advantage of the difficulties that the topography offers us, facing the view, but with concerns in the use of light coming from the south. It was not intended to fight against  this steep plot, instead we prefer the perspective of a smooth integration in the territory through an architecture that has a natural gesture with its surroundings. 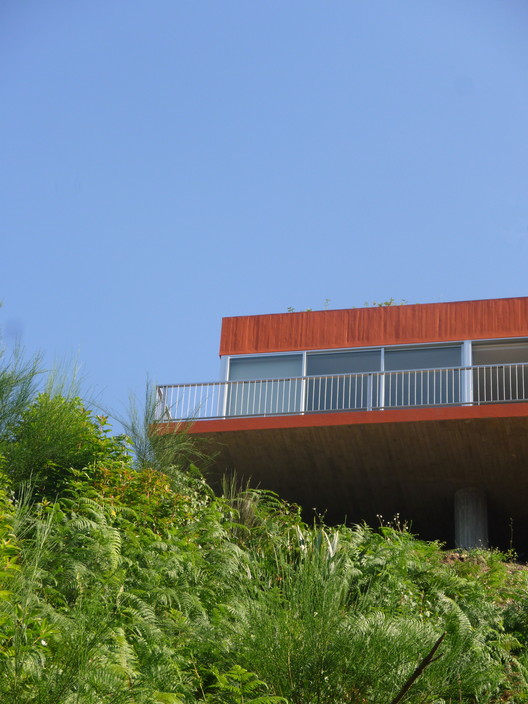