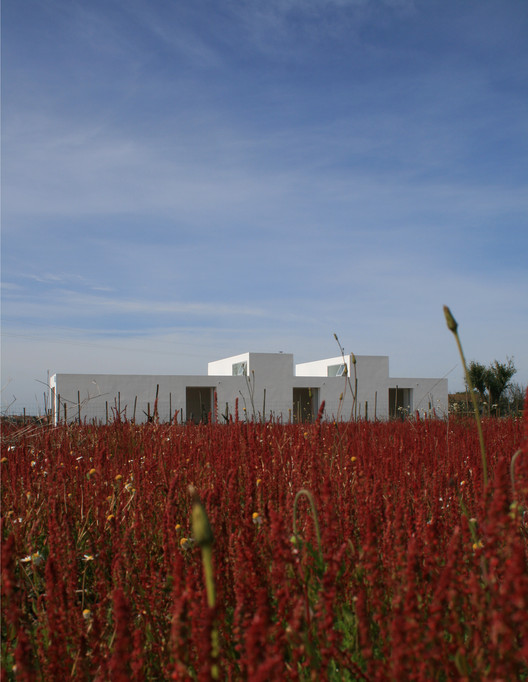 The project is composed by two longitudinal volumes that are placed in the lote like two programmatic containers: the first one occupied by living areas (lounge, dining room and kitchen) where there is a higher transparency towards the exterior and the surrounding landscape, the second volume encloses the bedrooms, bathrooms and garage. Between these two volumes there is a rhythm of exterior and interior spaces occupied by entrance, hallways and patio. These spaces create different types of ambience throughout the day due to different types of sunlight and also the possibility of transparency between these volumes.

The rational organization of these volumes allows distinct views of different depths that cross the house in different directions. On the other hand, the bedrooms, a more closed and intimate space and are east facing, that overlook the grapevines. Two transversal volumes are poised on top of the house consist of two chimneys and allow the illumination of the bathrooms and distribution areas.

The kitchen and fireplace, both adjacent to the living area, are carved into the walls and lit by two ceiling windows resembling the fireplaces of traditional architecture of this region.