The building began from the concept of the castle, evolving so that it arrived at a configuration inspired by the famous Peñon de Ifach crag located nearby. The project is composed of cubes whose rigid geometry is broken on the exterior to create a façade portraying a beautiful play of light and shadow and breathtaking views of the landscape. Vernacular details, curving handrails, and roof elements were added to bring together this irregular façade which combines modern principles with select traditional elements.

Every unit is composed of three cubes, one for living space, another for sleeping space, and the third for services. The cubes are grouped around a vertical axis containing the stair well and the primary structural support, an approach familiar from La Muralla Roja. After being positioned in coordination with the circulation spine, the cubes are broken down to accommodate for the program.

The apartments benefit from shaded terraces that diminish the impact of heat as well as hyperbolic roofs that offer wider vistas, which together with the adaption to local construction methods, are partly responsible for the resulting volume.

Most inspiring in this project is the fact that no plans or elevations were drawn by the architects. The units are positioned diagrammatically after being tested against structural analysis in a model. Openings are determined by orientation, light necessity, ventilation systems, privacy, and connection points. The resulting spaces boast a beautiful quality of living. 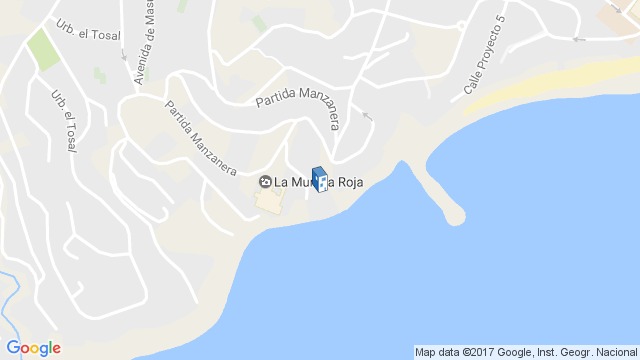