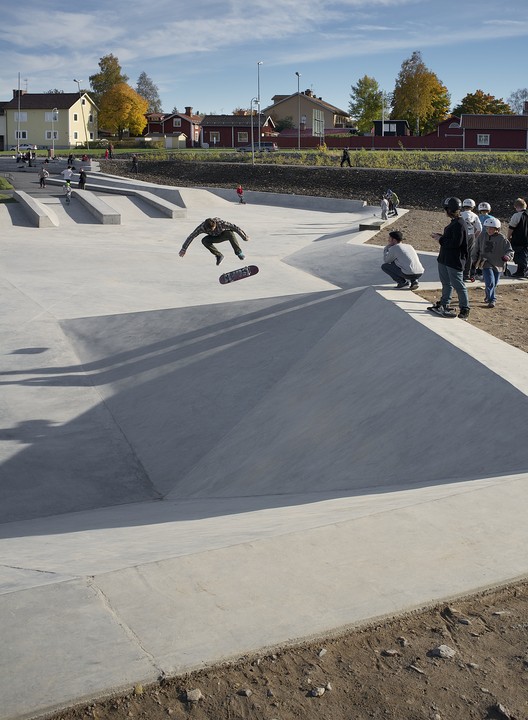 Text description provided by the architects. 42 architects have recently completed phase 1 of their design for a new activity park in Falun, Sweden.

KEY FEATURES OF THE PARK:

42 architects initiated the process of building a new public activity park with a focus on skateboarding in 2006. Through a period of lobbying and engagement with local politi- cians and stakeholders, a decision was taken by the Council to proceed with the project, and 42 architects were engaged as architects for the project in 2008.

The activity park is situated in the UNESCO World Heritage Area, which includes the Great Copper Mine and the surrounding areas of slag mounds, old workers cottages and remnants of historical industrial production. This presented a difficult but interesting chal- lenge to the project, which had to fit a contemporary activity into a historic environment.

UNESCO writes the following about the area:

The enormous mining excavation known as the Great Pit at Falun is the most striking feature of a landscape that illustrates the activity of copper production in this region since at least the 13th century. The 17th-century planned town of Falun with its many fine his- toric buildings, together with the industrial and domestic remains of a number of settle- ments spread over a wide area of the Dalarna region, provide a vivid picture of what was for centuries one of the world's most important mining areas.

Our response to the area was to try and create a dialogue between the historical mining landscape and the contemporary urban culture that surrounds Skateboarding. We took an archeological approach to the design, and created a park that exists as a series of perceived trenches, in which concrete surfaces have been ‘discovered’ and ‘exposed’. As such the park blends in with the surrounding topography of mounds and pits, while at the same time remaining highly contemporary in its design expression.

It was important that the park did not look like the typical skateparks that are now being copied out over the world. Dissecting the different obstacles that might typically feature in a skatepark, we looked for ways of incorporating these in a new and integrated fashion, which led to a design that straddles the gap between skatepark and public landscape. 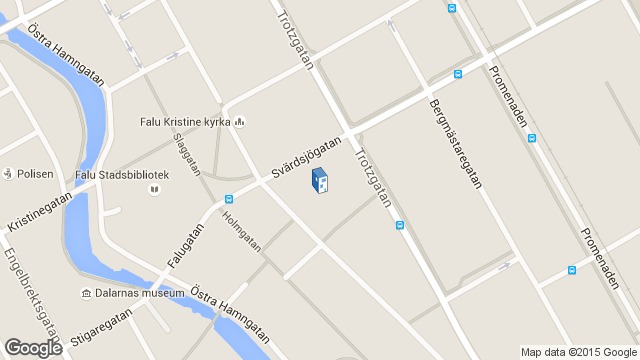