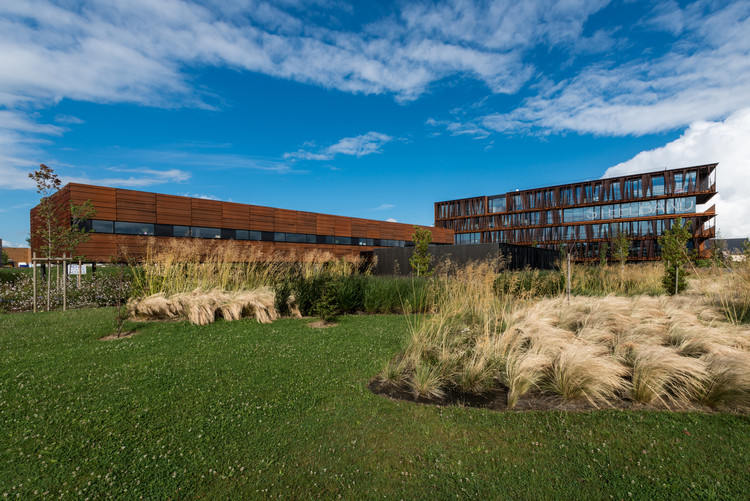 Text description provided by the architects. The Steelband project had its origin in 2007 when five firms (auditor, near estate broker, architects, landscape architects and graphic designers) decided to come together to create custom designed sustainable offices. For their purpose, they choose as a starting point the German “Banggruppe” promoting self-development. It took five years to develop and produce the work. Located in the tertiary sector Laroiseau Park, in Vannes, the two buildings, known as “Steelband, are positioned on the fragile fringe between the city and farmland.

These two buildings, one two, and the other five storeys, are balanced and interact with one another. Characteristic and powerful, consequently, they become an urban and architectural landmark at the entrance to the town. In the center of the composition, a water garden links interior and exterior spaces. By courtesy to the street and public spaces, car parking is under the buildings, and masked by shear walls, which reinforce the urban line.

The north face of the large building turns its back on the street marking firmly the boundary of the embryonic and confused built-up area next to the site. This concrete wall contrasts with the other dematerialized façades, constructed of shaped glass and Corten steel, opening onto the neighboring areas. Acting as a filter for the users, the steel framework provides an ever changing and powerful experience when viewed from “la promenade architecturale” all around Steelband. 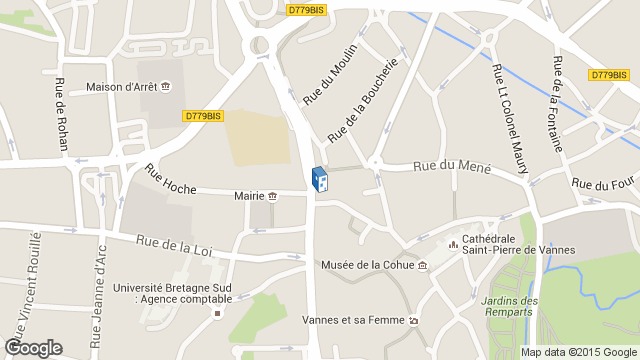