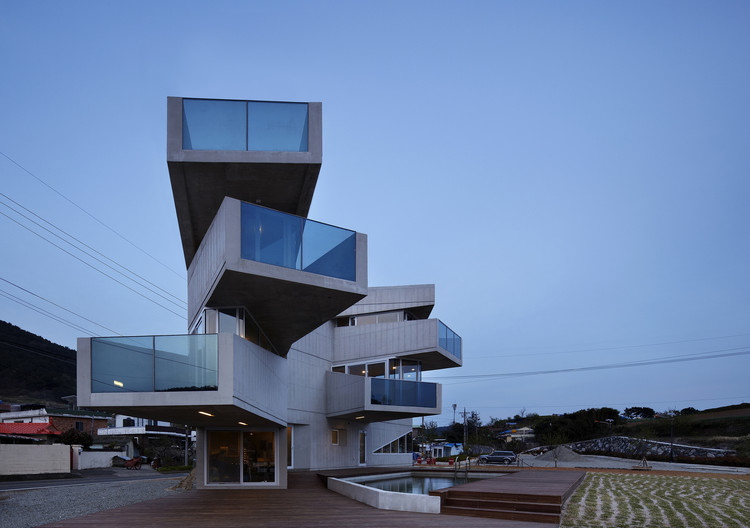 The site sits in front of the sea where the famous sea battle between Korea and Japan took place in the 16th century, which caused the return of General Lee Sun Shin back to the Korean navy. There still are attempts to search the remains of the historic Turtle Ship in the sea. While listening to the famous story from the client, the winding coastline and the varying water level of the archipelago create the continuously changing landscape. The small islands are like buildings and the sea is like streets and squares.

Unlike other well-known beaches in the island, the site is located in a small fishing village slightly off from the major tourist area. The residents of the village mostly work in the fishing industry and have long been living in the area for generations. Recently, there have been changes in the village. The town plans to construct the Battle of Chilchunryang Memorial Park and a beach to attract more tourists. Within these changes the owner plans to build a small Guesthouse. Soon, the site will be a place where the public (mass) visits and the memories are accumulated. Isn’ it better to offer individual frames of the landscape for them rather than to offer a monotonous scene like a souvenir photograph? How shall we construct an architectural device that produces different images of the same place?

The building is formed like how fingers are branched out from a hand forming different parts. It is the aggregation of unique rooms, yet at the same time, it is an organic monad. Each unit is cantilevered out towards the sea as if fingers are pointing at the nearby islands. This allows each unit to frame the surrounding landscape in a unique way. This three story building is consisted of five rooms and a small cafe, and the rooms stacked in five split levels. The floor and the ceiling of each unit are stretched out toward the different directions, and at the end of each unit is a small balcony, which opens up toward the sea and the sky. 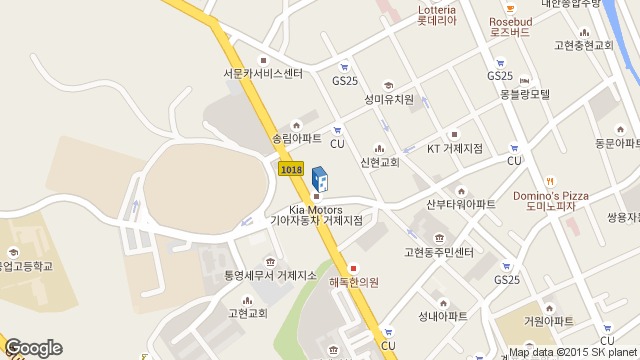 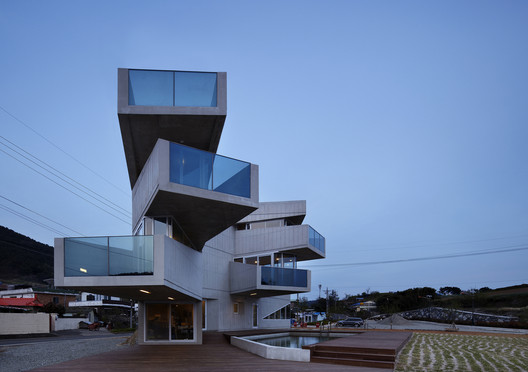