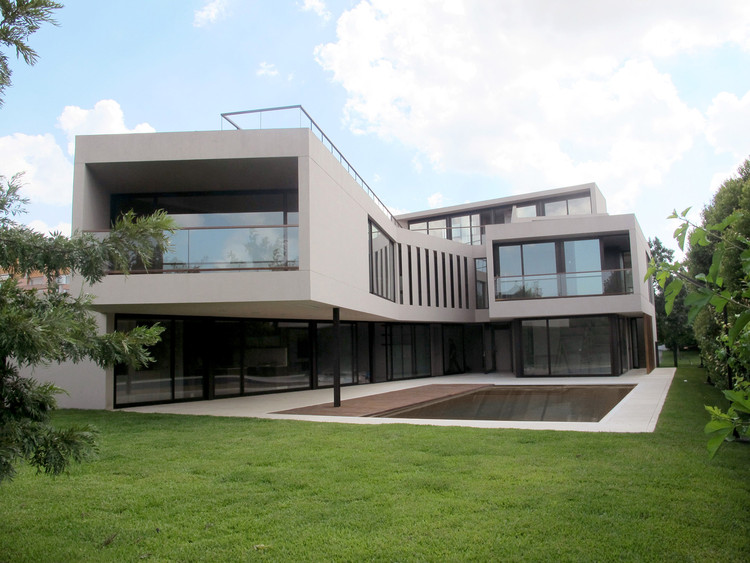 Text description provided by the architects. Many of the newer urban developments made in the last decade in the greater metropolitan area of the City of Buenos Aires, arise from the civilizing act of creating buildable land. The second act consists in creating a road layout, on top of this new plane, that orders itself in opposition to our urban tradition, an idyllic ride down an exhibit of objects of intentional luxury and exacerbated independence.

This project comes from inverting the typical object-landscape relationship that understands the house as a refuge secluded from the outside, owned but at the same time foreign, and the exterior as an observation platform for the object.

A prism, resulting from crossing the application of restrictions imposed by building regulations and a volumetric approach to the architectural brief, undergoes a sequence of operations that, defining the shape, establish the contextual relationships that the scenery proposes.

Neutrality and hermeticity meet the public space, as the house manifests itself undisturbable. Construction of the contained space, as a result of manipulating the prism to capture the sights of the Río de la Plata beyond the physical limits of the property and the interference from the neighbors. Appropriation of strategic sights and exposition of the different orientations, qualifying light. The vertical plane segments itself along its three horizontal parameters, retreating when a scenic opportunity presents itself, resulting in functional segregation and a complex of interior paths. The horizontal planes are perforated in search of a vertical spatial integration that, originated from the interior of the house, emerges shaping and artificial landscape, platform of observation, in contrast with the natural one. 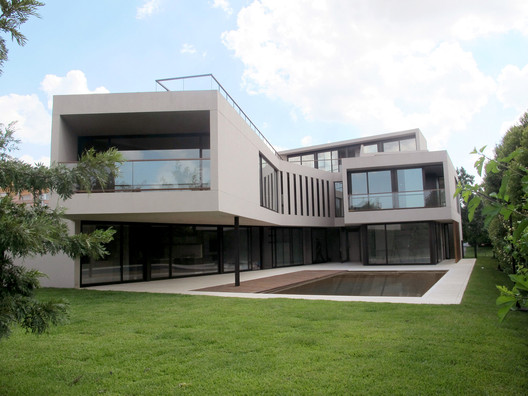