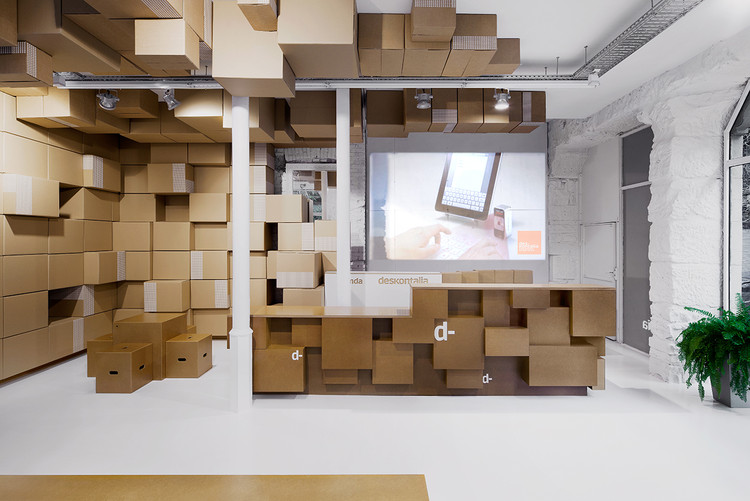 Text description provided by the architects. When somebody thinks about a shop, he can hardly avoid thinking about the products sold inside, and therefore those products are those which give sense of the need for a space. What would it happen if that object of desire was any? What if no one? For Deskontalia store, located in a urban downtown street, the sale has occurred even before one reaches the local. The space should be a pick up point for any product that one could imagine buying over the Internet, but even something else. From that point of view the space should become not only a space to sell, but a space to be a meeting point between brand and people, an open space, a place of the city where an online business becomes a physical reality.

The store activity is linked to package traffic, cardboard containers in which travel purchased products, which are collected in this new architectural space. A small counter where to exchange these packages of hands, solves all the functional requirements of the trade. The space has been treated as a white empty space where old items such as masonry walls or casting pillars are bathed in this colour, as well as more contemporary new resin pavement, in an attempt to transform the store not in a shop but  in a store where different transformations may occur.

Cartons are converted into the measurement unit of the architectural proposal. Small cartons are elements to generate a kind of sculpture that envelop walls and roof to create different environments which users could interact with. These packaging boxes incorporate the graphic image of the brand, a d-, like a strip on both sides, 90 degrees in space. Thus, the store gets a sculptural object at its scale by stacking the cartons with multiplications of their shapes and cubic components, qualified by the impression of the brand. Somehow it has been generated a kind of recycled space, in which low cost boxes transcend the value and meaning we could give to them individually, to become an artistic and modulates the space when considered together.

The walls are not only boxes bookshelf but also part of the shell, the roof parts are not only sculptures but also shapes that break the echo sound of the store which also modulate the sound. Cartons are organized this way in which the white container has become the store, which can be moved at any time, changed or simply replaced by other objects. The cartons composition will be transformed as easily as the other part of the store, which is the Deskontalia web site, which is also shown in the store through two digital projections which interact with users.

Furniture is also involved in this changing condition, so its module-based design lets multiple configurations of the store, so you can have a lecture, read a newspaper, show a new product, or just hang out in internet. The counter, stools and tables, somehow show the same packaging language, that besides also incorporates to the design other meanings such as low cost, the ephemeral, the changing and the casual, all of them concepts that underlie also the Internet purchase which serves to this commercial space. 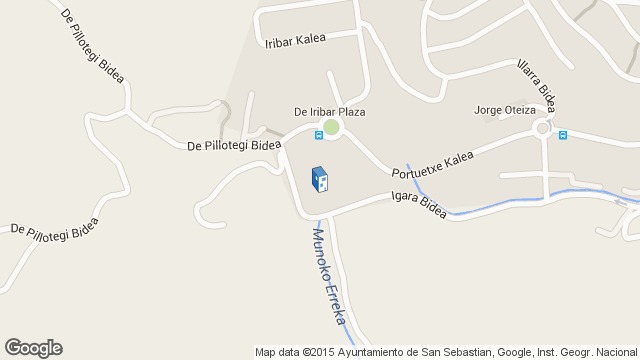