To further the promotion of art education, the China Central Academy of Fine Arts in Beijing and China Academy of Art in Xiangshan have announced plans to construct a new university within the hilly suburbs of Hangzhou by the Spring of 2014. Designed by Kengo Kuma & Associates, the Museum at the China Academy of Art will harmonize with the lush topography and resist modifying any existing slopes to accommodate the 4,936 square meter facility. Instead, the museum’s configuration will mimic the lozenge shaped pattern that was discovered within the contour lines, generating a fluid exhibition space with linear and altering floor levels buffered by partially external galleries.

In addition, Kengo Kuma is investigating the possibility of reusing clay tiles and stones from Hangzhou's old house district so the body of the museum may appear as if the “soil of the tea gardens” were “transformed into architecture”. 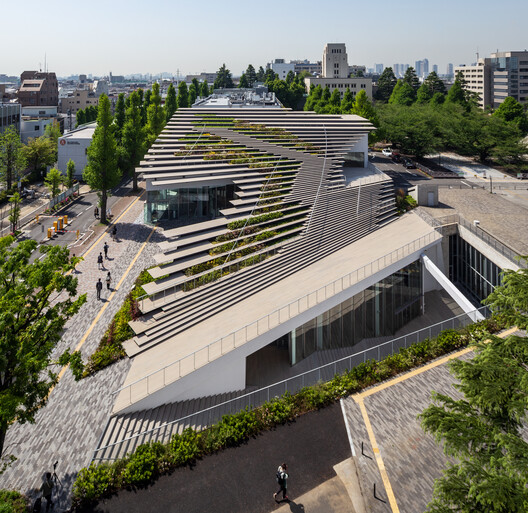