Back when I was an architecture student I was very impressed by the early works of French architect and urban planner Edouard François, which introduced new ways to understand the relation between nature and architecture.

Edouard has always been an innovator, experimenting with green façades and constantly challenging the housing typology, making architecture a response of the times (which otherwise, as he mentions, would be just construction). These aspects, how to push innovation with clients and into the market, are discussed with Edouard in this interview, recommended to young architects who could learn from his experience running his practice.

Edouard studied at the Ecole Nationale des Beaux-Arts in Paris and the Ecole Nationale des Ponts et Chaussées, and has taught around the world. His work and career have been highly recognized, being appointed with the RIBA International Fellowship in 2011 and Chevalier des Arts et des Lettres by the French Minister of Culture in 2012. 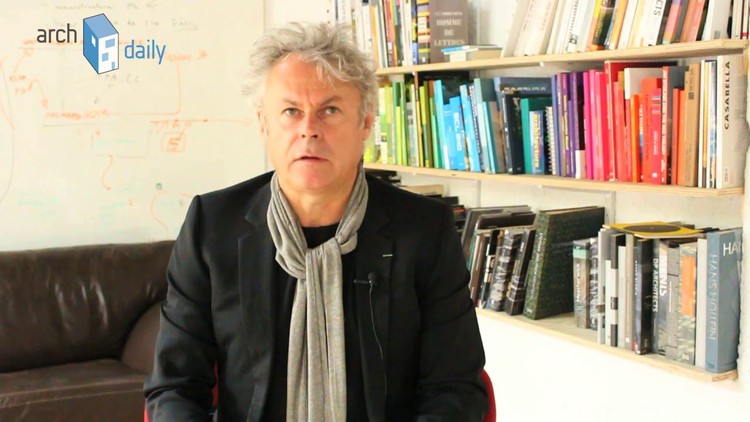 Works by Edouard François at ArchDaily: