Save
World-Class Soccer Stadium Underway in Haiti
Share
Or
Copy

Three years have passed since a tremendous earthquake devastated Haiti. The long reconstruction process includes the construction of the country’s first stadium to be completed this year. Partners of Project Phoenix have created plans for Phoenix Stadium, a massive world-class professional soccer stadium soon to be located in Cite Soleil, Haiti. This project developed as a result of the 2012 Clinton Global Initiative when collaboration began between Morad Fareed of Delos and Boby Duval of L’Athletique D’Haiti. The vision is to create a world-class stadium for soccer games as well as many other community functions.

Read more about Phoenix Stadium after the break!

Duval has committed the past nineteen years to providing sports programming for youth in Cite Soleil, a commune in Port-au-Prince. Haiti is densely populated and filled with crime. Despite the gunfire and violence around them, Duval notes that the Haitian youth cannot be kept away from playing sports every day. Duval sees Pheonix Stadium as a permanent solution, and believes this area needs a soccer stadium because it is a national passion in Haiti.

One of the goals of Project Phoenix is to create a stadium that looks as though it has grown out of the earth. Therefore, the site is currently being prepared by laying down actual rubble from the 2010 earthquake that will be turned into hills where residents can watch the games. Rubble and despair are physically being turned into a positive, tangible outcome. In addition, Phoenix Stadium will be efficiently landscaped with edible gardens, a small lake containing tilapia, and a composting and recycling plant.

Phoenix Stadium will be able to hold around up to 12,000 people and will serve a variety of functions. The stadium will be a center of soccer in the country and will create jobs for the people of Haiti. It will additionally house LADH, a youth development program providing underprivileged participants with a safe, clean, and supportive environment where they can learn the discipline of sports and the structure of teamwork. LADH offers a soccer academy, elementary school, middle school, and dormitories.

This project is made possible by a group of experts working pro bono. This group includes world-renowned architect Carlos Zapata, engineer William Faschan of LERA, stadium designer Gordon E. Wood, and landscape architect Charles Anderson of Charles Anderson Atelier. The group is hopeful that the combination of sports, youth, and education will have a great impact on the people of Haiti. 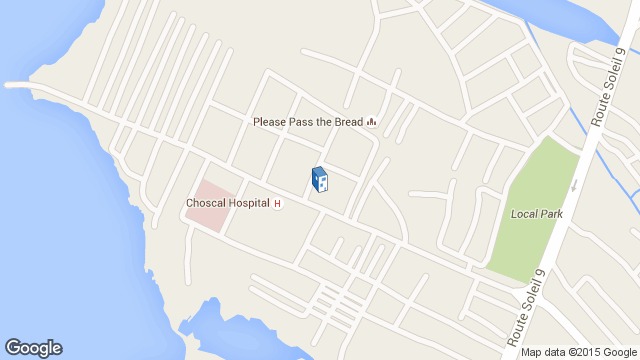