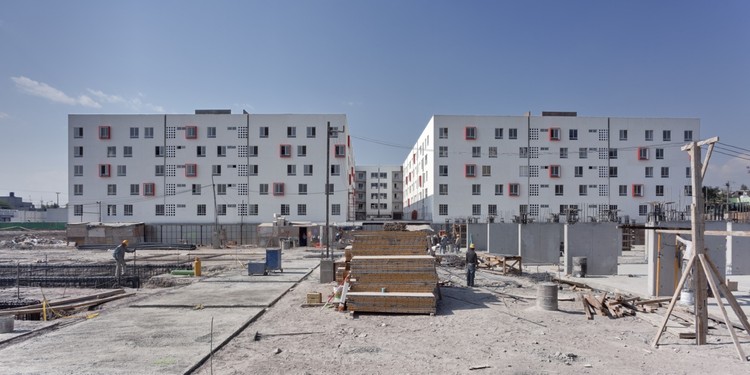 Text description provided by the architects. The project consists of 736 housing units organized in six 5-story blocks with interior courtyards in a former industrial site of 16,000 sq. meters in Iztacalco, a poor borough in the Federal District, less than a quarter of a mile from both a Metrobus (BRT system) and a subway station.

Though architectural discreet, the project represents an ‘urban breakthrough’, since it relies on a partnership with one of the major home builders in Mexico (Consorcio Ara), who in past years has based their practice on building single-family homes in the peripheries of Mexico City, and convincing them to ‘return’ to the central city, and build more sustainable housing.

By incorporating mid-rise/high-density (500 units per hectare), mixed use (retail on the ground floor of one of the blocks) and semi-public spaces like the courtyards in each block as well as ‘hiding’ the cars in a basement, the project offers a real alternative for social housing ‘inside the city’ and close to public transportation.

On top of that, and counter to the conventional wisdom of large developers, the scheme has proven to be as profitable for them as their other developments in the peripheries.

It is our hope that projects like this one help transform perceptions and practices on how to design and build the more than 50,000 units of housing required for Mexico City every year. 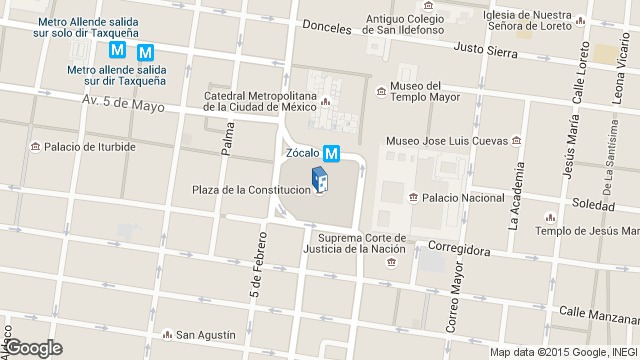