With awards season in full swing, Hollywood's sparkly razamtaz occupies our television screens. But what about the unsung, architectural heros of film? What about the films that are less ‘Schindler's List’ and more ‘Schindlers Hauser’, less ‘Wrath Of Kahn’ and more ‘Louis Kahn’. We look past the panoply of stars to bring you 30 of the best Architecture Documentaries which will provoke, intrigue and beguile in 2013. 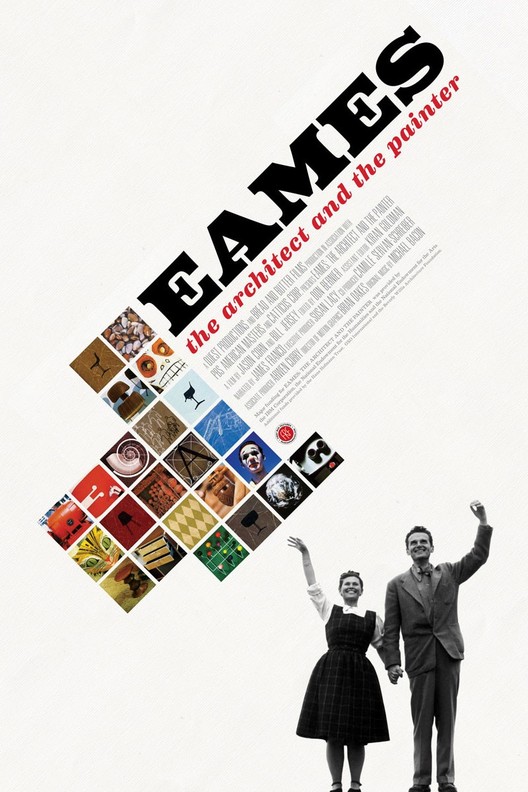 1. Architects Herzog and deMeuron: The Alchemy of Building & The Tate Modern(2009)

This documentary traces the journey that 2001 joint-Pritzker Prize winners Jacques Herzog and Pierre de Meuron undertook when they began designing a new addition to the Tate Gallery in London, the largest contemporary art museum in the world. The documentary explores the pair's design process, from the beginning stages (when it was first proposed to convert a disused power station into the new gallery) to when the Tate Modern opened in 2000.

You'll like this if you're into...Herzog & de Meuron, London, Adaptive Re-Use, Cultural Architecture

3. Citizen Architect: Samuel Mockbee and the Spirit of the Rural Studio (2010)

Featuring interviews with architects like Michael Rotondi, this documentary explores the life and legacy of architect and public-interest-design pioneer Samuel Mockbee, who helped found the radical design/build program, the Rural Studio at Auburn University, in one of America's most impoverished communities.

You'll like this if you're into...Public-Interest Design, Design/Build, Rural Studio.

A pretty groovy survey of the visionary, unconventional architecture and architects of the 20th century.

Buy it on Amazon, Amazon.co.uk

Infinite Space traces John Lautner's never-ending quest to create “architecture that has no beginning and no end.” The doc, narrated by Lautner himself, follows the famous architect from his early days, when he broke free from his mentor, Frank Lloyd Wright, to go West and find success designing world renowned homes in California.

You'll like this if you're into...Japanese Architecture ,Alvar Aalto

Watch the Trailer on YouTube . Buy at Icarus Films

Adolf Loos (1870 – 1933) was one of the pioneers of Modernism, preferring minimalism and open space at a time when ornamentation and intricacy was king. This quirky documentary is an homage to Loos and features still shots of 27 of his buildings, in order of their construction.

You'll like this if you're into... Vienna, Adolf Loos, Minimalism

Thom Anderson is annoyed. Why? He feels that Los Angeles has been continuously misrepresented in film for decades. Using a vast collection of carefully chosen clips from film through the ages, he makes the case for taking another look at Los Angeles and its identity.

This doc is an in-depth look at Louis Sullivan, a man and architect who stood on the edge of two centuries - never quite fitting neatly into either (and never quite understood by the public as a result). The film not only traces Sullivan's eventual influence on American architecture in general, but also focuses on his tremendous influence on one of America's great masters, Frank Lloyd Wright.

You'll like this if you're into, Frank Lloyd Wright

The director of this film, Nathaniel Kahn, is also the son of the subject at-hand: Louis Kahn. The documentary is Kahn's poignant search to understand his father, a man who, while known around the globe for his architecture, led a less-than-satisfactory personal life (fathering children by three different women and living in debt). He would eventually die bankrupt and alone in 1974, but with a tremendous architectural legacy. The film, which was nominated for an Academy Award, features interviews with Salk Institute.

Watch on Vimeo. Buy on Amazon.

You'll like this if you're into...Philip Johnson, The Glass House, Modernism

In 1954, the newly constructed

You'll like this if you're into...Social housing, St. Louis

Scheduled to come out this year, REM, a film directed by Koolhaas' son, Tomas, has been over a decade in the making. As <a

Watch Trailer and Clips at ArchDaily.

An overview of Pritzker-Prize Winner Rem Koolhaas' creative process - which is directly, and rather surprisingly, related to his journalistic background. For Koolhaas,  a building is like a piece of writing, with a plot, episodes and suspense. The documentary also explores Koolhaas' theories on architecture and urbanism, his inspirations, style and influence on other architects.

And now for something completely different! This doc takes the form of a ‘cinematic photo album’ showing 40 of Schindler's L.A houses, chronologically from 1921 to 1952. Emizholz reframes Schindler's works by slowly panning shots and thought-provoking angles. Narration is cast aside in favor of real time sound from the houses. Filming for all buildings took place in May 2006, creating a subtext about urban living in LA and the decay of architecture.

While Pollack is probably better known for his films, such as Tootsie, this documentary deserves note as his last directorial effort before passing away. As Pollack and Gehry were close friends, the documentary has the aura of an ‘extended chat’ between the two men. Artists, critics, Gehry's psychoanalyst, and even, bafflingly, Bob Geldof contribute to this chat. The film is more than a look at his work, it is a concise view of the man.

75% of the world's population is expected to live in urban centers by 2050. With this in mind Gary Hustwit, following his previous works Helvetica and Objectified, adds Urbanized to his design trilogy. Urbanized, which looks at the design of urban centers, shows Huswit city-hopping to 40 different locations to talk with those in the know, including architectural heavyweights like Niemeyer.

Dustin Hoffman lends his dulcet tones to narrate this exploration of the work of architectural photographer Julius Shulman. Shulman, trained in neither photography nor Architecture, became the man who defined L.A glamour. Photos of beautiful people in plate glass living rooms made postwar America hungry for modernism. Shulman was never in any doubt of his genius as a photographer, and this documentary follows him right up until his later work with Frank Gehry.

Stitching together clips from several lectures, directors Baylis Glascock and Robert Snyder keep their input to a minimum - no narration, no interviews, no talking heads. With Bucky in the driving seat, this doc is at times fascinating, at times rambling. It is, however, also an undiluted portrait of the ideas and theories of this visionary architect.

If someone penned the story of Frank Lloyd as fiction, it would be accused of being too Hollywood. This highly regarded Ken Burns doc balances the man, his work, and his legacy. Rebellious beginnings, his rise to prominence, his early work, his misdeeds and mistresses, the tragic slaying of his family, the fall from grace, followed by his triumphant eleventh hour return as the master of American architecture.

You'll like this if you're into... Frank Lloyd Wright

First Person Singular is a broad look at the life and work of I.M. Pei. Narrated frequently by the architect himself, the doc takes on his early life in China, his education at MIT and Harvard, and tours through some of his more recent, celebrated work. Bach, suitably, provides the soundtrack as Pei draws parallels between their work, both using several variations on a simple theme.

Make No Little Plans: Daniel Burnham and the American City (2010)

A city in the nineteenth century was a crowded, dirty, ugly place to be. Having proved his talent at designing buildings Daniel Burnham, broke the mold by dreaming up beautiful and efficient designs for entire cities, contributing to the birth of modern urban planning. There are several cities today that still bear the mark of his plans. This documentary examines his life, including his planning of the gargantuan World Columbian Exhibition in 1893.

With the Shard growing taller above the city of London, local resident Simona Piantieri took a deep look at the architectural and social significance of the building in her, rather derelict, London neighborhood. Taking a look at the mainly Qatari-backed building through the eyes of local residents, activists, and academics, this short documentary throws light on the nature of urban redevelopment and those who really benefit from it. Sometimes beautiful and sometimes foreboding, shots of the building rising over the skyline provide the backdrop for the conversation.

A group of fourth year students from Tulane University School of Architecture are challenged to design and build a low-cost, single-family home in post-Katrina New Orleans. This six-part series follows their quest from design stage to construction. Come for the interesting development of an idea to completion, stay for the awkwardly realistic portrayal of studio life.

A highly regarded and comprehensive collection of DVD’s produced by the European public television channel ARTE. Each episode deals in depth with a different significant architect and his work.

Enthusiastic historian Dan Cruickshank goes globe trotting, to take us to what he considers to be the world's most thought provoking architectural sites. Each of the 8 episodes covers a theme, such as beauty, power or disaster.