With much awaited anticipation, Steven Holl‘s Sliced Porosity Block in Chengdu, China has just been completed. Forming giant public plazas with a mix of various functions, the group of five towers is intended to be seen as more of a public area despite its towering design as already witnessed in the site. Its sun sliced geometry results from required minimum daylight exposures to the surrounding urban fabric prescribed by code and calculated by the precise geometry of sun angles. The large public space framed by the block is formed into three valleys inspired by a poem of Du Fu (713-770). In some of the porous openings chunks of different buildings are inserted.

We have already brought you images of the project as it was under way, but the latest images from Hufton + Crow truly capture this inviting public realm in the heart of this metropolis like no one else!

Check out all the latest images of Steven Holl’s Sliced Porosity Block after the break. 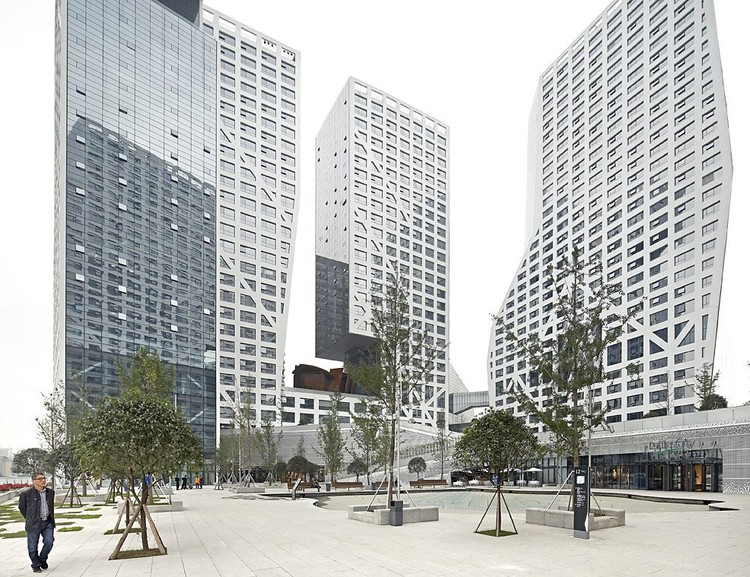