Housing projects, a new City Hall for an Estonian city, a master plan for an island and the Danish Pavillion for Shanghai Expo 2010 are just some of the enormous variety of projects designed by BIG. Check them out on our first Round Up of the week.

Denmark Pavillion for Shanghai Expo 2010 In my opinion Bjarke Ingels, founder of BIG, is one of the best architects when it comes to give shape to the interests of an “unspoken” client on public buildings,either representing the values of a country or a culture. All with exceptional syntax and presentation skills. And BIG’s latest project (in collaboration with Arup and 2+1), the Danish Pavilion for the Shanghai 2010 Expo, does it again (read more…)

Zira Island Carbon Neutral Master Plan Carbon Neutral master plans are being adopted in several countries, in times when energy and emissions are becoming very important. And that´s exactly what Azerbaijan will do to develop Zira Island on the Caspian Sea, located in the bay of the capital city Baku. The master plan was developed with danish BIG Architects and Ramboll engineers, with an architectural proposal based upon the country’s dramatic natural setting (read more…)

Mountain Dwellings How do you combine the splendours of the suburban backyard with the social intensity of urban density? The Mountain Dwellings are the 2nd generation of the VM Houses. The program, however, is 2/3 parking and 1/3 living. What if the parking area became the base upon which to place terraced housing – like a concrete hillside covered by a thin layer of housing, cascading from the 11th floor to the street edge? (read more…) 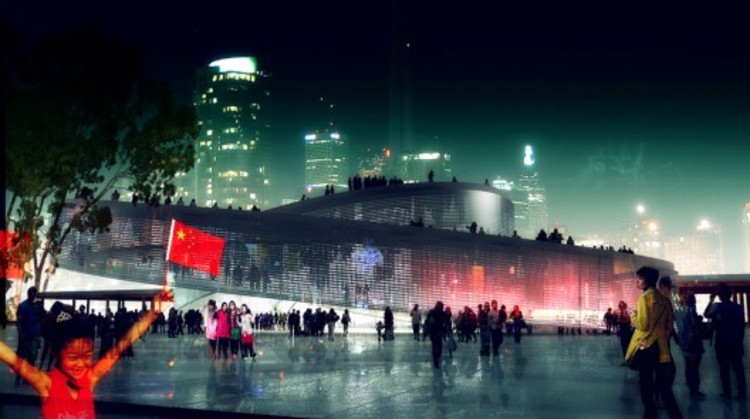 Kaufhauskanal Metrozone (with Topotek1) The IBA Hamburg is a building exhibition which is running in Hamburg until 2013 and has as its mission to develop solutions for the future of the metropolis. One in a long line of building exhibitions held throughout Germany which also included the 1927 Weißenhofsiedlung in Stuttgart which showed the latest developments in architecture and house construction (read more…)

Tallinn’s new City Hall An international idea competition was held for Tallinn’s new City Hall in Estonia and the best concept was presented by the Bjarke Ingels Group from Denmark together with Adams Kara Taylor of the UK. The purpose of the international idea contest was to find the best architectural solution for the new administrative building of the city government that will be situated on a 35,000 m2 plot near the Linnahall building (read more…)