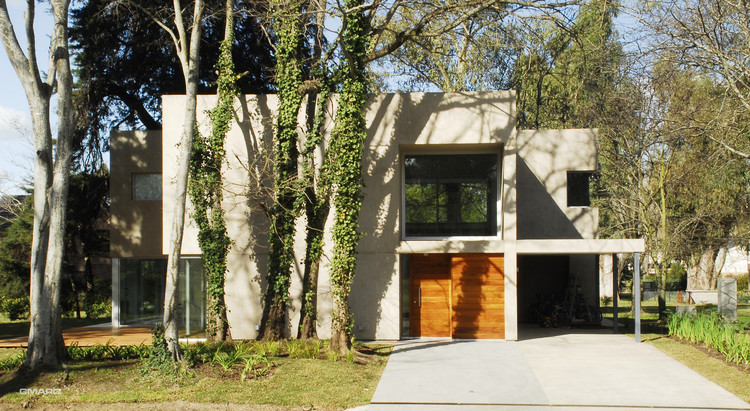 Text description provided by the architects. A corner lot in the best area of ​​April country club, located in what was once the area's original ranch house, retaining old trees that gave, in addition to the environment, the feeling of being in the midst of a forest.

The first decision was to locate the house at the end of the ground to allow maximum sunlight, thus preventing the building volume shadow to be projected on the garden. Logic indicated to open the main rooms to the garden, but the problem was what to do with the main access and service areas which remained connected to the back garden and where poorly lit. We had to qualify these spaces and solve a spatial turn of 90 degrees from the main door to get visitors projected to the garden. We finally decided to place a double height that continued access visually and spatially with a patio on the first floor, with this operation we cut diagonally visual leak into the sky and the tops of the trees located east of the spot. Turn a long span with the gateway generates a counterpoint to the previous operation allowing you to see the garden through the room. Thus as soon as one enters the hall you realize that the house is much more complex than it looks from the outside, causing in the visitor some anxiety for discovering their spaces and especially their visual projections to the outside.

The organization of the program is conventional plant-level public and private access to the first level. The added value is in the double height, patio and a study all interlinked achieving programmatic and spatial richness that transcends the usual making a qualitative leap towards original architecture.

The constructive aspect was one of the most important developments of the project and the work itself. Double walls with air chamber burrow where necessary and aluminum joinery RPT DVH collaborate in energy savings. In addition to avoiding moisture problems and provide increased thermal insulation around the house ground level 30cm leaving an air gap in its entire contact surface with the ground.

Aesthetics was resolved with the utmost effort to further austerity contrast spatial results obtained; IGGAM plaster treatment in a neutral color and the carpentry anodized refer to the typical architecture of country clubs. In the interior of the main rooms were placed Lapacho wood floors that add warmth and white granite tiles in the service areas for easy cleaning, maintenance and durability. 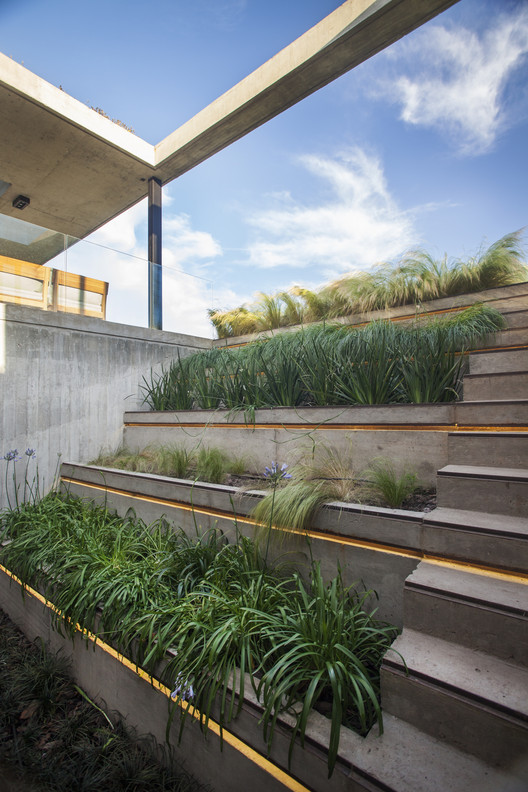 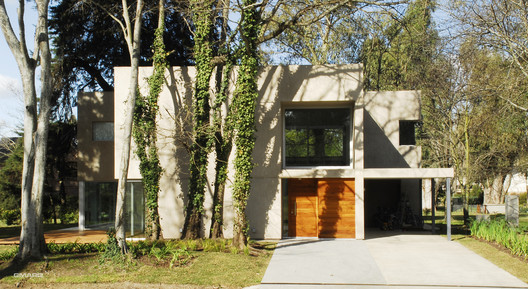