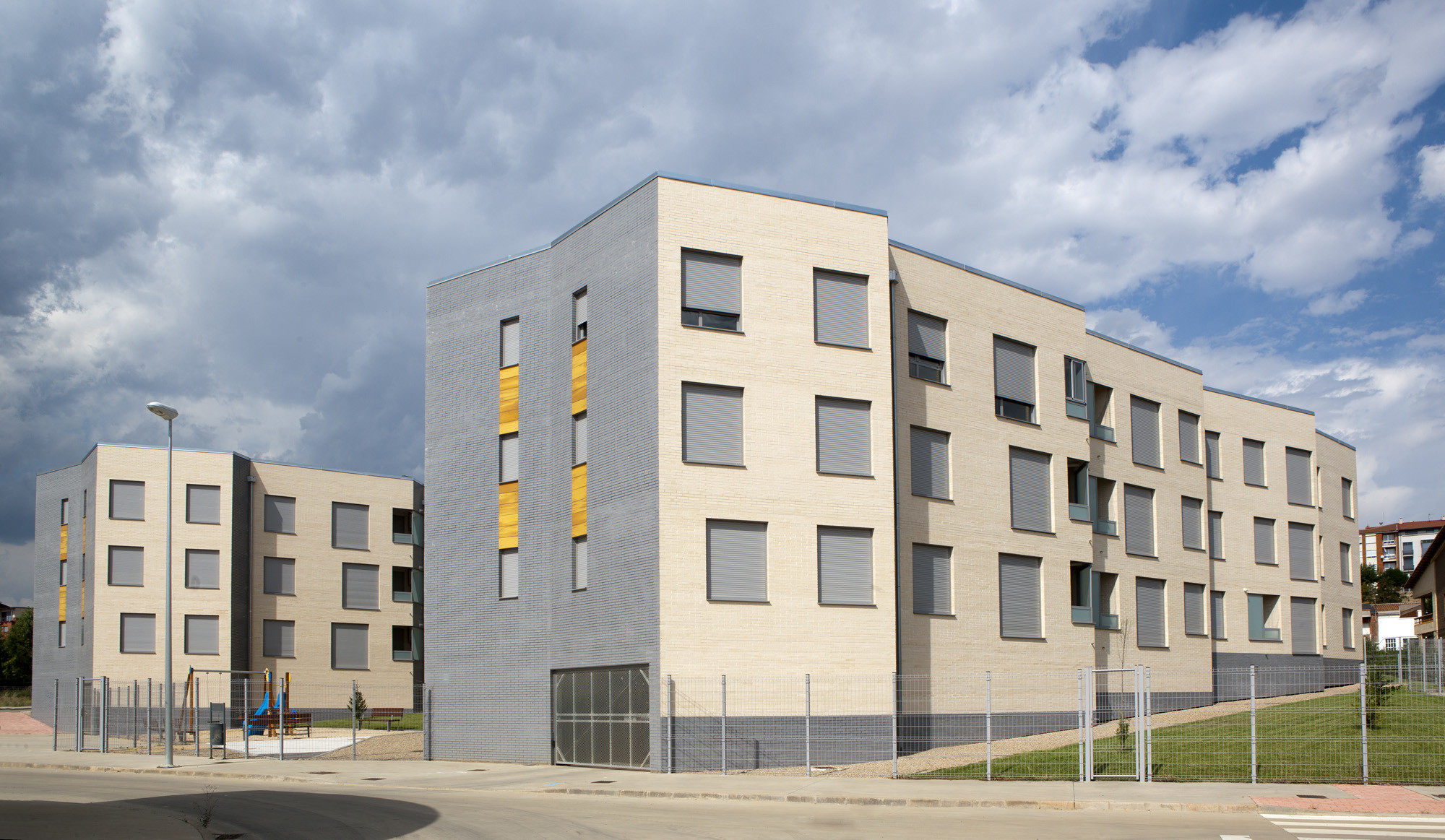 We developed the Partial Plan R-8 in an expansion zone in the city of Astorga (León). The action covers an area of 3.50 hectares

The project is conceived from a global scale, in relation to the city, to a level of detail in which we study the interior distribution of each residential type.

The design is presented as a continuity of the urban fabric in terms of road layout and distribution of the different uses: the area for sports equipment, adjacent to the existing sports hall and swimming pools, and commercial equipment, close to all dwellings. Regarding the residential typology, there are two models: block houses closer to the city center and row housing in contact with the green areas and lower density of the city.

The morphology of the houses in block serves two premises: the orientation and seeking views. Thus, we use a trapezoidal planform, which also defines the interstitial spaces that are the mirror image of the plan itself, and are intended for parks and playgrounds. This development comprises 90 houses organized into five blocks of three heights.

The row houses meet similar criteria in terms of orientation and views. The houses follow a north-south longitudinal axis, which allows an east-west orientation and views toward the green and sporting areas. Identity is provided to each of the 15 houses through a volumetric composition of separate cubes. 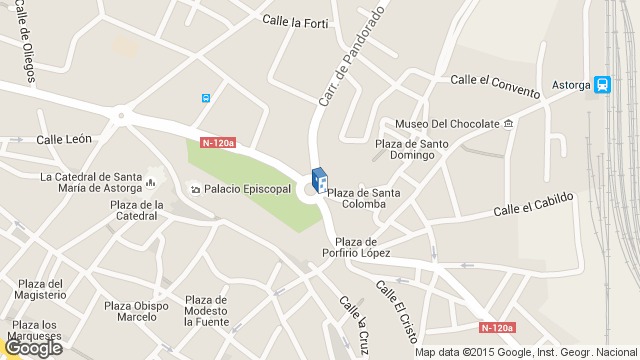 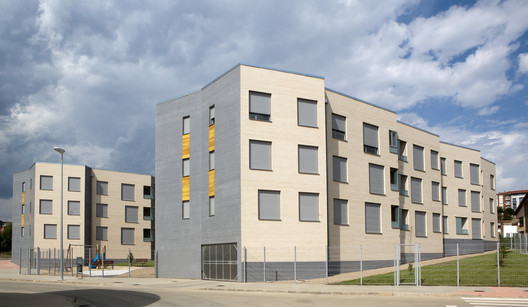