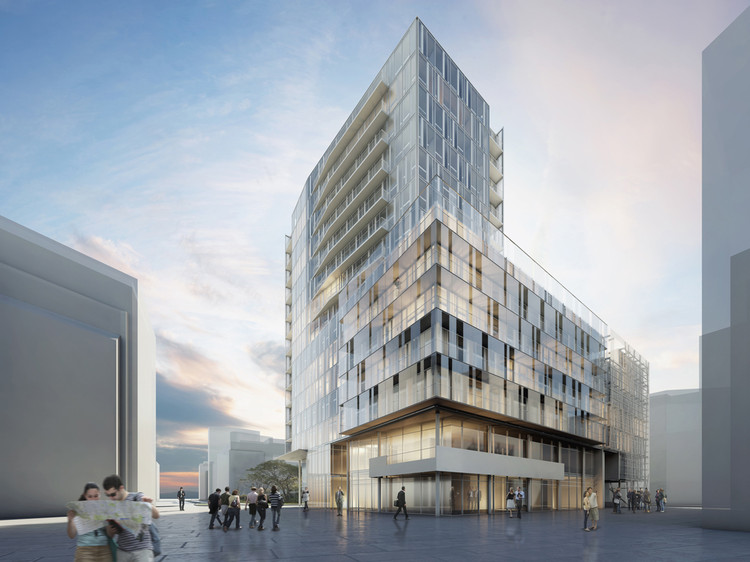 Engel & Völkers’ new headquarters in Hamburg is a building with a unique approach presented by the classic problem of transparency, organization, and form within a courtyard building typology. While following the urban requirements of HafenCity district, the seven-story building block with a taller vertical building volume on the northwest corner—complementing the neighboring Marco Polo Tower—provides a new perspective on the usual disposition of the courtyard type that provides a distinctive and identifiable architectural design for the Engel & Völkers companies.

Bernhard Karpf, Design Partner-in-charge, comments: “By treating the exterior appearance with restraint elegance and by articulating the interior courtyard and atrium through a series of more expressive elements the building turns itself inside out in correspondence with the clients’ request of an inviting and identifiable headquarters building.”

The design of the headquarters began with a pairing of the courtyard building with the organizational system of a hybrid building that contains a multiplicity of different programmatic uses such as apartments, training academy, offices and retail spaces within a singular and identifiable building. The organization of these various disparate programmatic uses are planned uniquely to provide the maximum benefits for each use in plan and section.

The exterior of the building reads as a continuous and evenly articulated shell with elaborations that trace the internal differences of the project. The interior contains and reveals a series of shared experiences of its disparate parts.

The undulating ceiling which caps the atrium divides the public domain (training academy, shop, café, gallery) below from the private functions (residential, office) above but also unifies them through the dramatic interior landscape it creates. This element is revealed on the exterior of the building in key moments as invitation to come through the building. The ceiling plane transforms into and becomes the horizontal extension of a cone which serves to both light the atrium space and provide vertical circulation. It becomes an architectural feature and a sculptural piece which activates the courtyard above the atrium; it stitches together all of the programmatic functions of the project and gives an iconicity for the building, radiating out to the urban context.

Richard Meier comments:
“We have worked in Germany for more than 30 years, starting with the Museum for the Decorative Arts in Frankfurt and most recently with the Coffee Plaza building also in the HafenCity Development in Hamburg. We are delighted to be selected to design the new headquarters for Engel & Völkers. Our proposal reflects a continuous, open and clear organization of the intricate program requirements. The project accommodates various qualities of space and light, making for an architecture that is not only monumental but visually and functionally sensitive.

We greatly look forward to building the new Engel & Völkers complex and we hope to continue contributing to the rich urban fabric of Hamburg.” 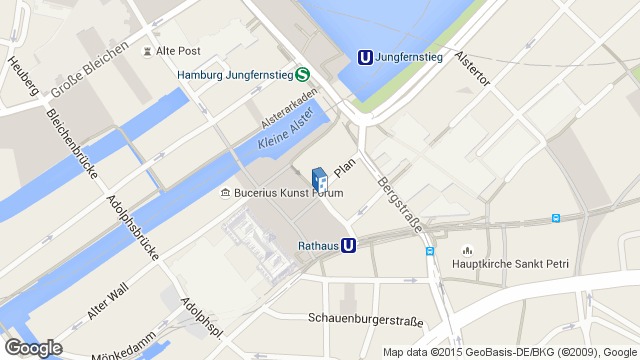 Location to be used only as a reference. It could indicate city/country but not exact address.
Share
Or
Copy
About this office
Richard Meier & Partners
Office
•••