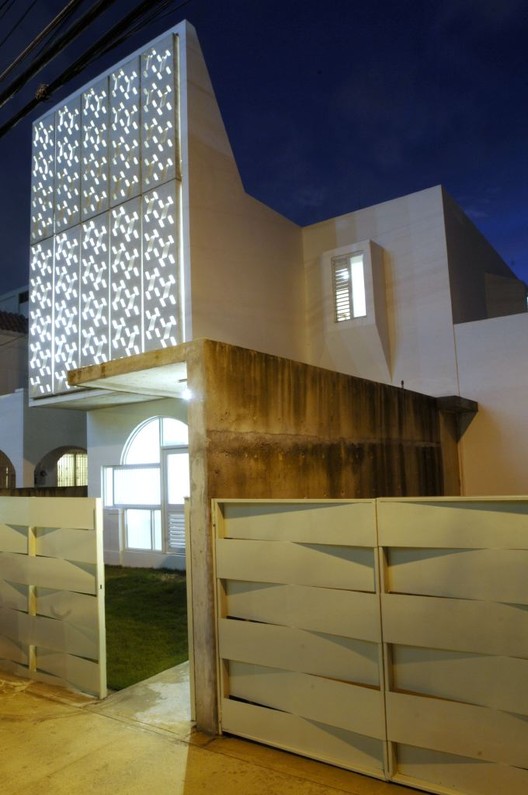 " ...a great deal of the history of Architecture can be understood as an intent to transform horizontal or diagonal light into light that will look vertical."

Casa Delpín is the product of the renovation and addition to an existing single-family structure located on a small lot on the Miramar sector in San Juan. The existing structure was typical of many suburban houses in the metropolitan area with dark, hot, segregated interior spaces that negated any relationship between the interior and the exterior.

The design objective was to create a spatially rich living experience and provide for a greater capacity for passive lighting and cooling, while also allowing for the use of mechanical cooling when needed. This is achieved through a variety of construction elements. The perforated glass reinforced concrete (GRC) panels (that mimic the patterns of the hydraulic concrete floor tiles designed for this house that also complement the preexisting tiles) help to redefine and reorient exterior public patios and interstitial spaces towards the interior. This strategy of absorbing the remnant exterior areas of the lot into the family's living spaces allows the house to open up (both horizontally as well as vertically) while, at the same time, providing greater privacy. Additionally, the new materials and finishes attempt to dialogue with the existing ones while gaining their own expressive independence, at times through contrast but through parity as well.

The main character of the addition is natural light, which vertically penetrates and diffuses throughout the house through deep cylindrical skylights and GRC "screens" to reflect on the exposed materials and watery surface of the pool. The spatially and temporally dramatic quality of the pool brings climatic focus (visual and sensorial) to both the dinning and living rooms that border it on two sides. 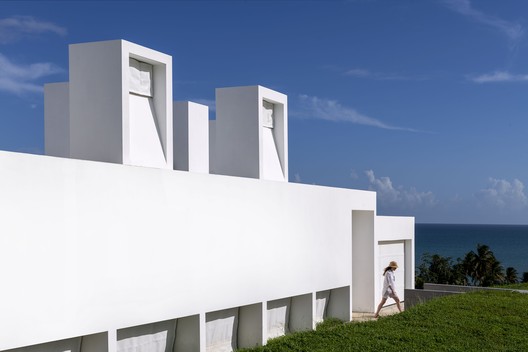